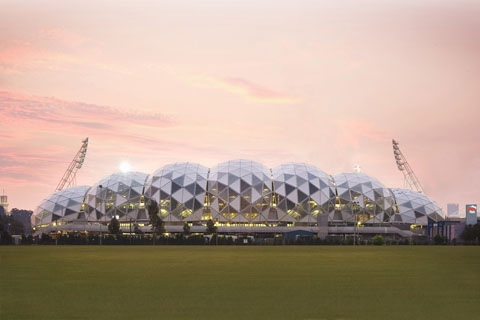 The AAMI Stadium in Melbourne has been named as the "World's Most Iconic and Culturally Significant Stadium" at the Stadium World Congress 2012 in Doha.

The AAMI Stadium was also the overall winner of the 2011 LSAA Design Awards in the "Collaboration Category".

Cox Architecture and Arup Engineers developed the design of the 31,000 seat geodesic structure that acts as home for the Melbourne Storm, Melbourne Heart and Melbourne Victory sporting teams.