A new stadium is being proposed by Japan Sport Council that aims to be the "greatest stadium".

There has been an International Design Competition for the new Japan National Stadium and a short list of 11 international design groups has been selected.

Two reasons for the new stadium are to boost Japan's bid to host the 2020 Olympics as well as the FIFA World Cup.

Congratulations to two groups shortlisted that have contributed to the LSAA over the years - Cox Architecture and Populous.

The next round in the competition is due later in November.

To view the entries see the Japan Sport Council Website
or http://www.jpnsport.go.jp/newstadium/tabid/368/Default.aspx

Cox's design was deemed to be runner up 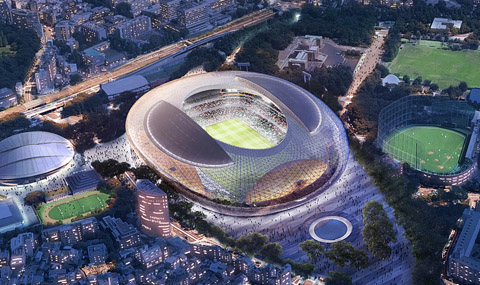