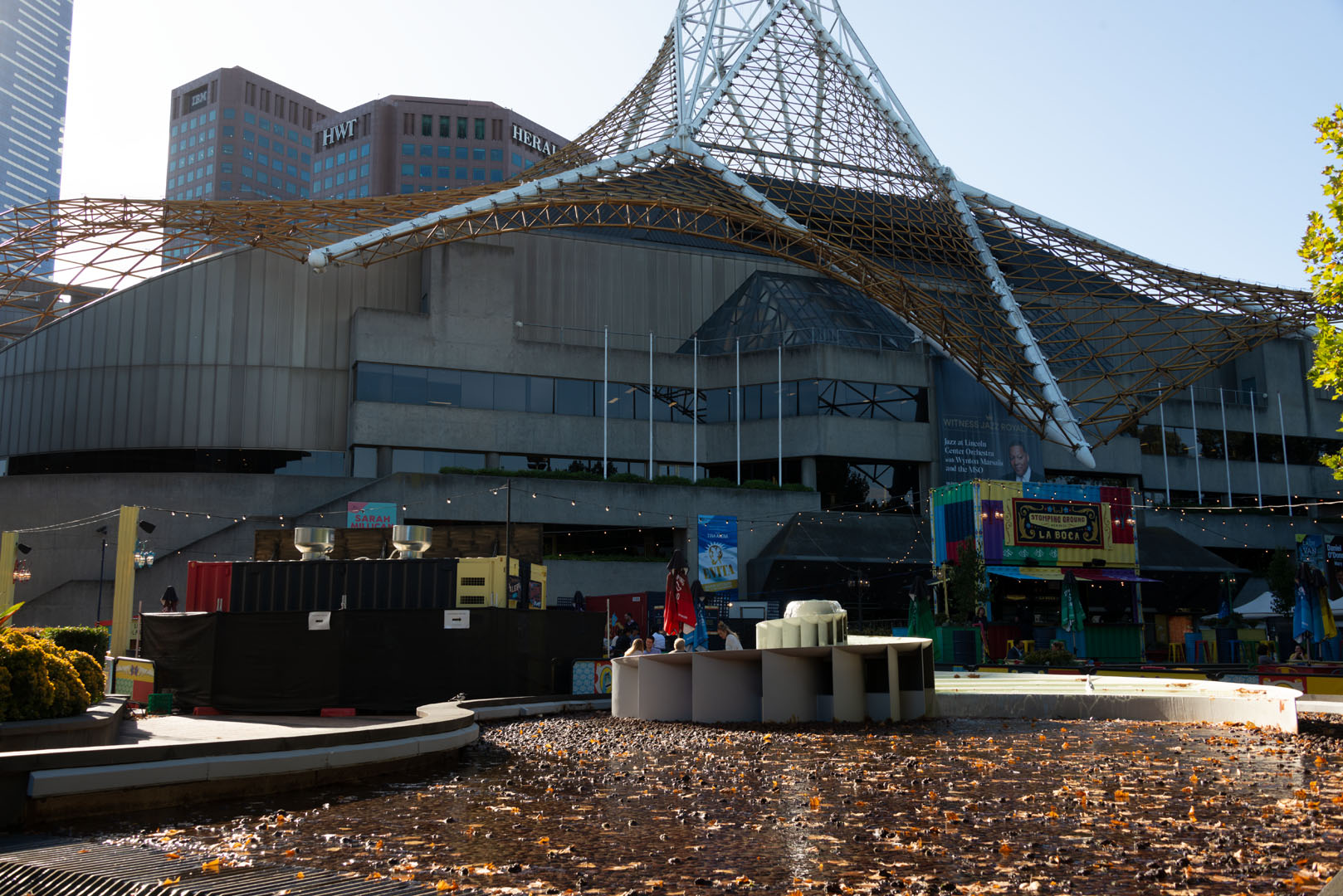 The "lower spire" is constructed using annodized Aluminium tubes and the Triodetic connector. There are four complete hypars with sixteen divisions on each side. In addition there are eight "truncated hypars" with the outer edges being formed with a double layer for stiffening of the free edge. Peter Kneen presented a number of designs using hypars and carried out structural testing at the University of New South Wales to determine the effects of the stiffness of the edge beams on the buckling behaviour of the truncated hypars.

The overall effect required by the Architect (Sir Roy Grounds) was that the lower portion would resemble the undulating skirt or Tutu of a ballerina. 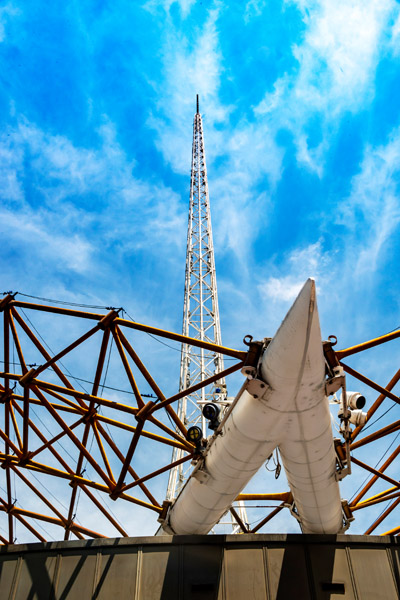 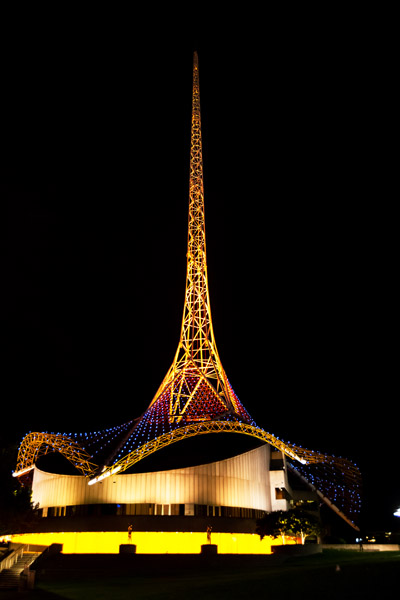 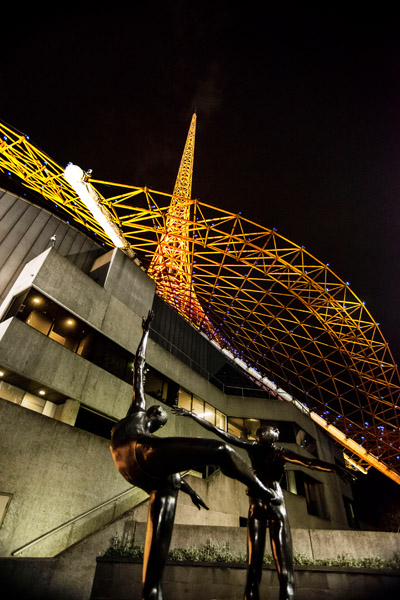 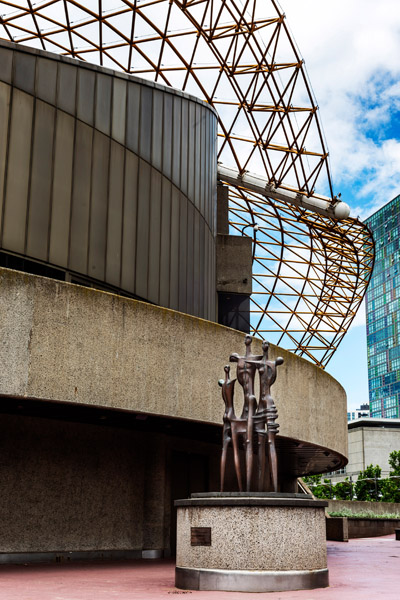