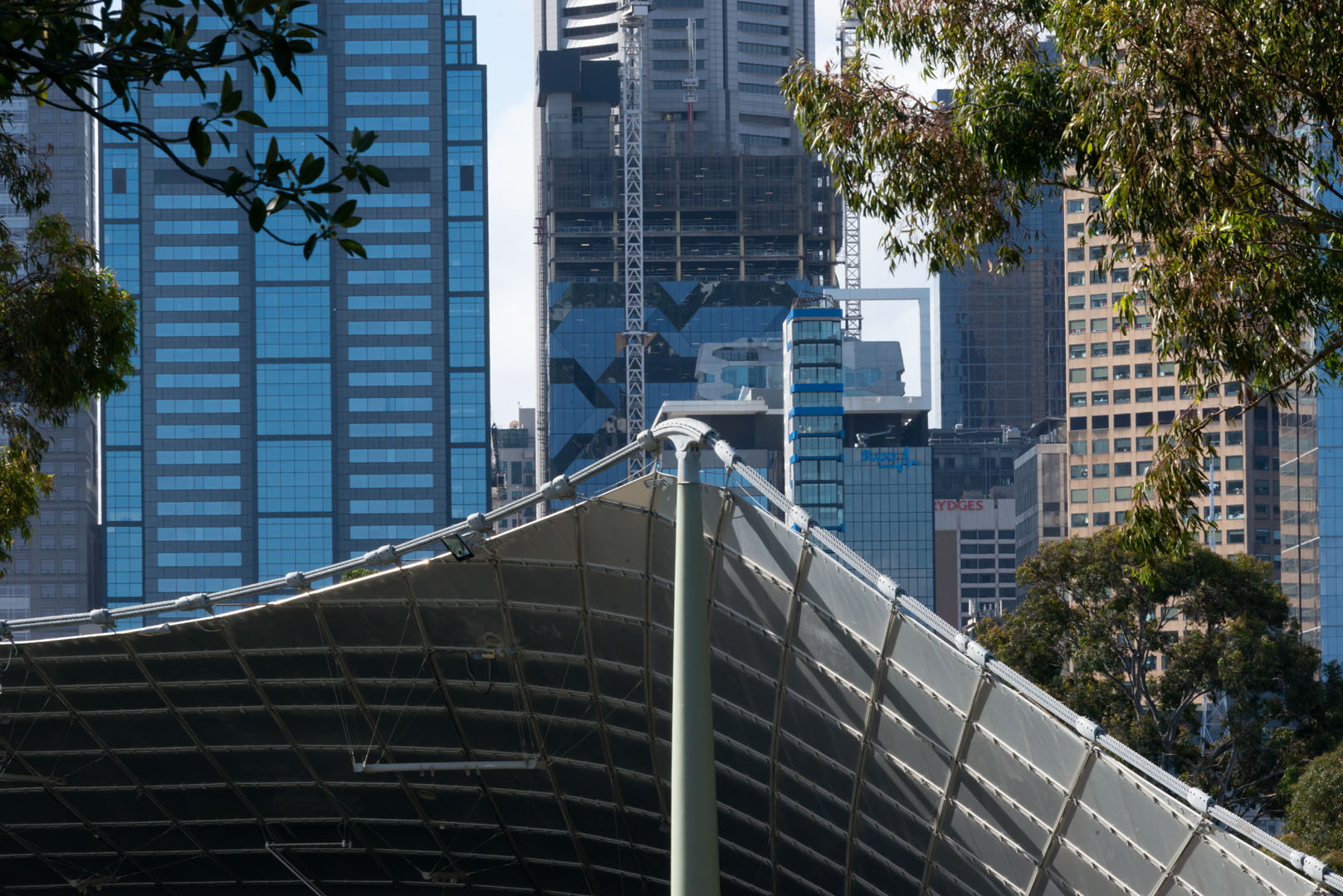 The venue is named after Sidney Myer, a Russian immigrant who arrived in Melbourne in 1899 and establish Myers. He also started an annual Music for the People with the Melbourne Symphony Orchestra in 1929. He was an important philanthropist and wanted a more permanent home for these annual performances. The setting in the Botanical Gardens would be used for the "Bowl" which was opened in 1959 some 25 years after his death.

For the LSAA, the structure can be regarded as a huge leap forward in freeform tensile architecture. It remains perhaps the largest auditorium for concerts. It was at least a decade ahead of the cablenet structures of the better known Frei Otto who developed freeform cable structures for the 1967 Expo in Montreal and later the best known roof for the main stadium for the 1972 Munich Olympics.

The shape of the surface is defined by the orthogonal grid of opposing pretensioned cables that form a double curvature, or "saddle shape".

The main environmental loading in Australia is from wind. There would have been no guidelines as to the wind pressures exerted on this new shape but clearly one would design for both a downward pressure as well as an uplift. The cables in one direction would resist the downward pressures whilst the opposing cables would resist the uplift pressures. Both sets of cables were pre-stressed so that under any wind loads they would remain taut.

These pre-stress forces are the other main loading to design for.

Computer analysis programs were not yet available and it would be perhaps two decades later before large displacement analysis capabilities were becoming available. 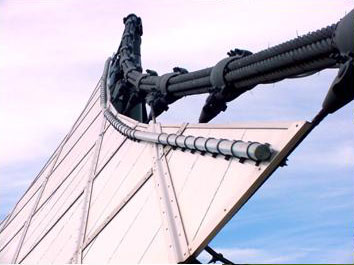 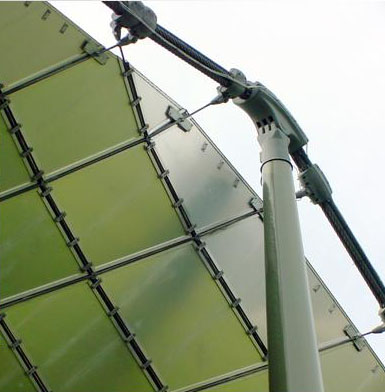 The structure was refurbished in about 2001. It is currently operated by the Victorian Arts Centre.