There are several categories of "shade" structures which typically are constructed from knitted shadecloth in varying degrees of shade factor.

Shade structures for sun / hail and wind protection of large nurseries have been common in Australia since the mid 1980s.

Similar shade structures utilizing seat belt webbing as edge cables have been applied to protect cars from sun and hail in Australia, USA, South Africa and other regions.

Since the increased awareness of UV related issues, there has been many shade panels installed in playgrounds and schools.

There is a larger number of contractors operating in the supply of domestic and small scale shadecloth structures and the pricing competition on these systems has often lead to unsafe cost cutting measures being taken. In many cases structures have been built without certification by a competent structural engineer. There has been many cases where footings and cantilevered columns are totally inadequate for the horizontal loads generated.

Another issue is the large deflections of these structures under hail loads and wind. Often there is very small amounts of fabric prestress.

Generally made from separate panels of knitted shadecloth to provide a degree of shade and hail protection. 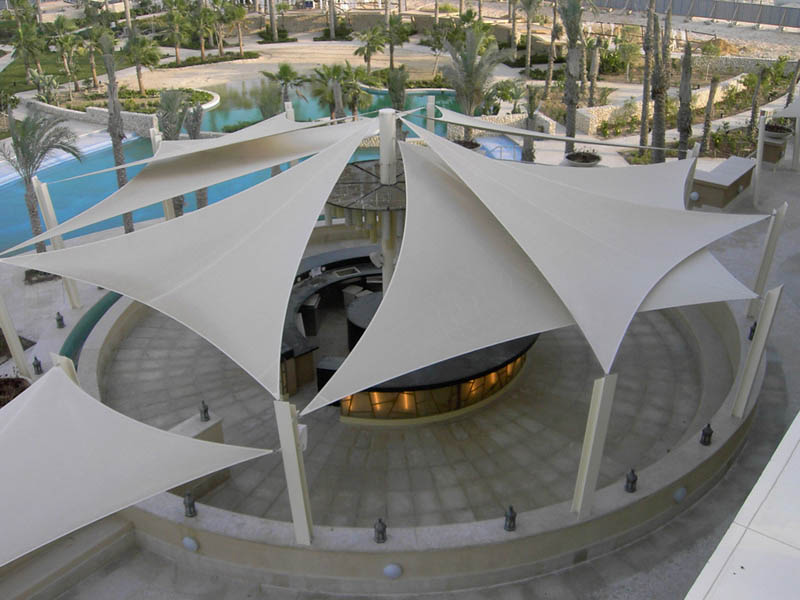 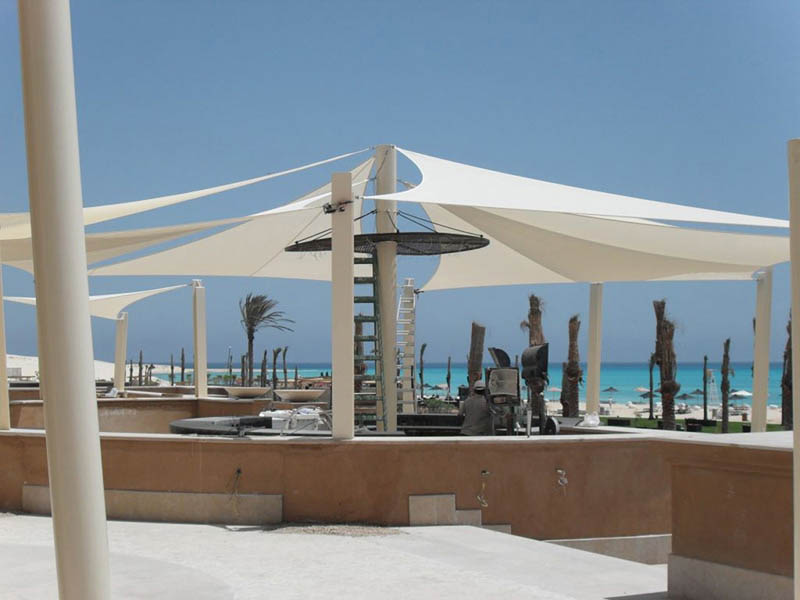 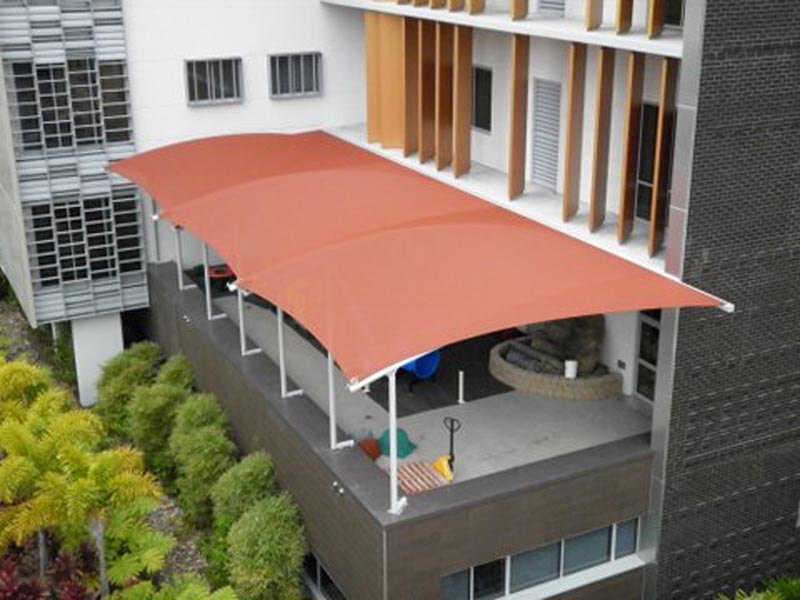 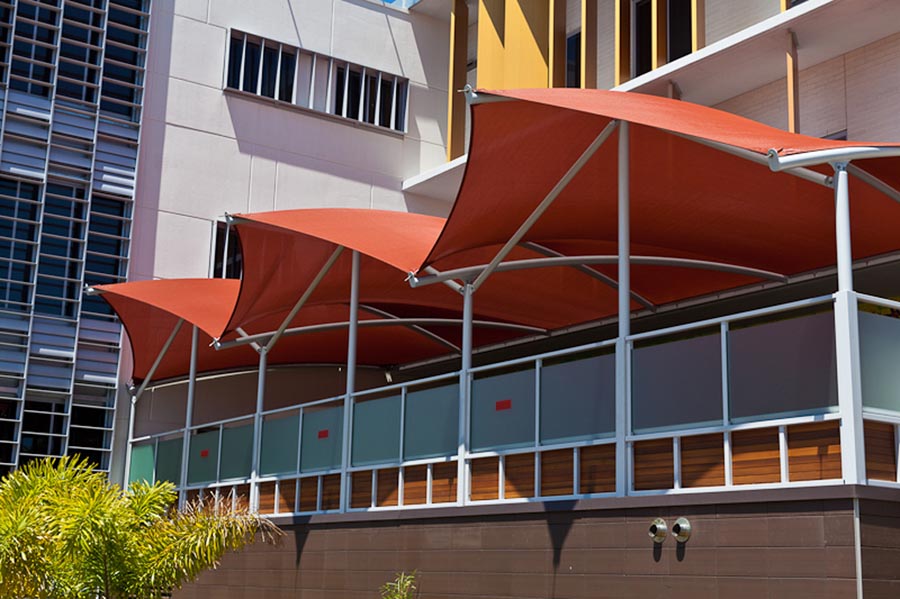