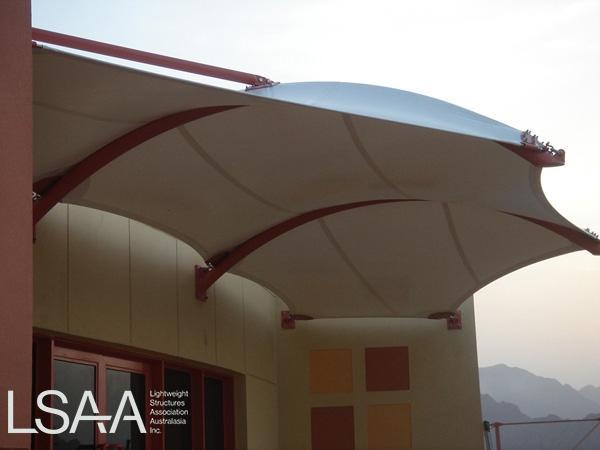 This project was entered in the LSAA 2007 Design Awards (Medium Structures, #2022)

Application: Provide a simple ascetically pleasing structure over the courtyard of a kindergarten. The small awnings around the perimeter to provide shade in the classrooms. 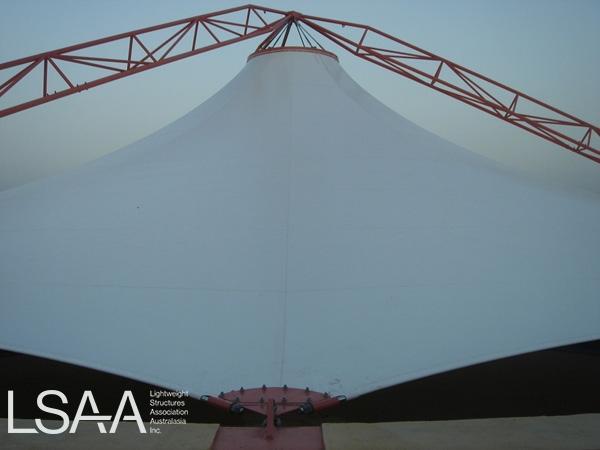 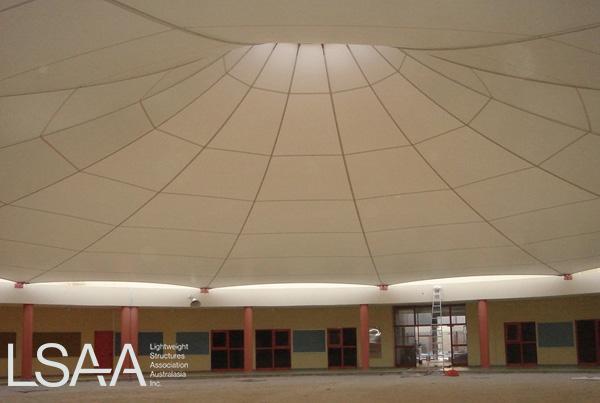 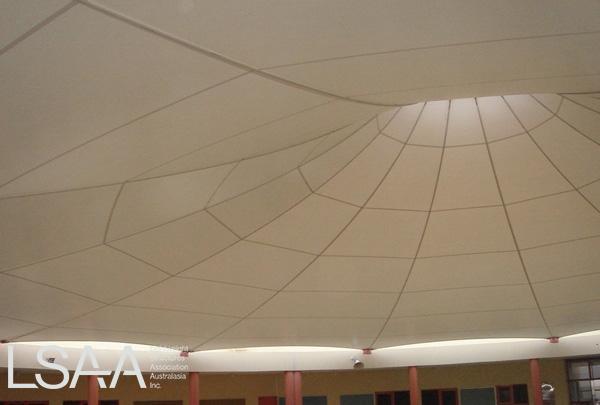 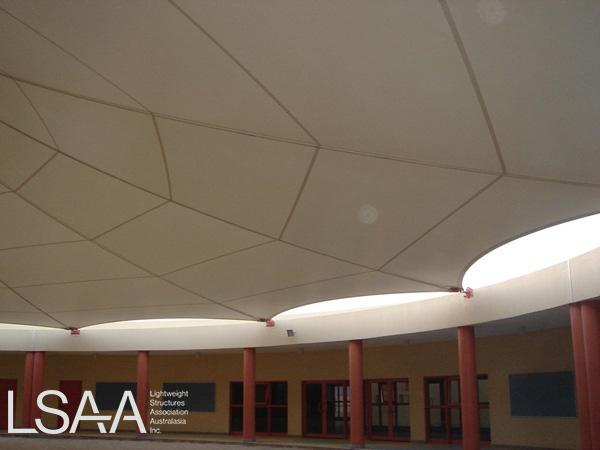 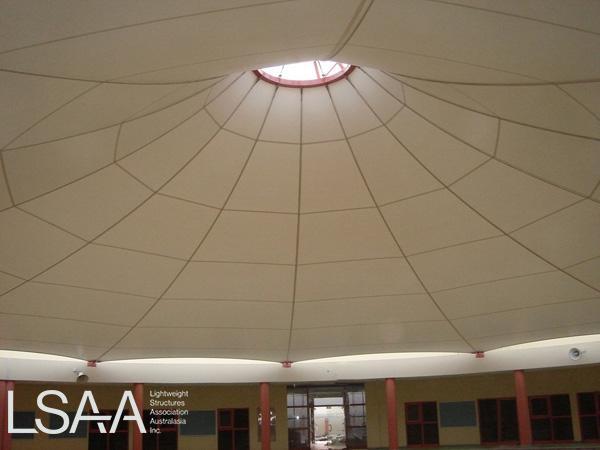 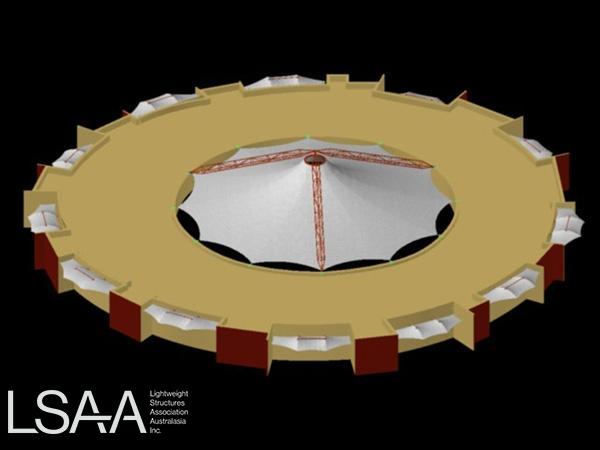 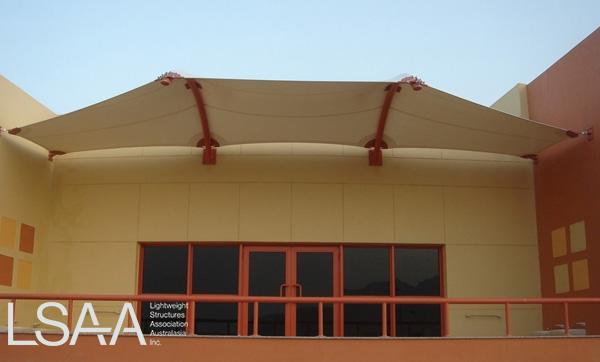 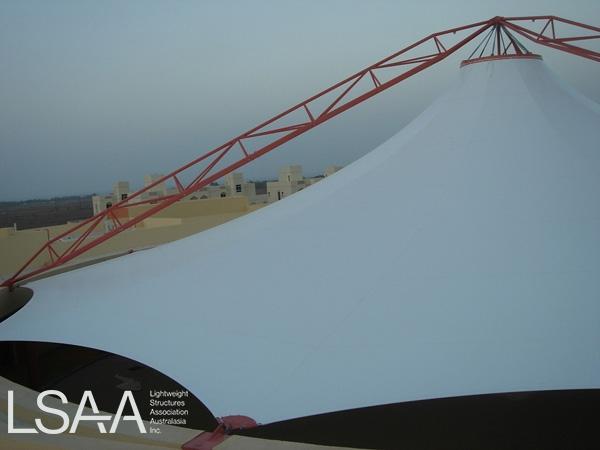 The architect's requirements were:

To provide an ascetically pleasing and cost effective courtyard canopy over a kindergarten in the UAE. To provide shade, natural light and good ventilation into the courtyard area.

To provide awning around the perimeter to reduce glare in the classrooms.

The original concept incorporated a steel ring beam, raised 390mm above the roof level, to allow for ventilation.

The whole courtyard area would be covered as the fabric was clamped to the steel. This concept was expensive to both manufacture and install.

Through engineering the concept was changed to have catenary edges and membrane plates. This arrangement allowed ventilation and an amount of natural light that was acceptable to the client.

The new design incorporated 12 connection points to the concrete wall. The cone is supported by 3 tri-chord trusses.

Mehler FR1000 was used on the main cone after engineering analysis was performed.

Mehler FR700 was used on the exterior awning canopies.

A survey was performed to establish the exact position of the concrete wall. The position of the cleats was determined and any variation was accommodated in the design of the ring beam cleat connection points. These cleats were installed along with the tri-chord trusses.

The fabric was connected to the bale ring and raised to half height.

The outer points of the fabric were connected to the wall cleats and the bale ring was lifted to its home position. The fabric was subsequently tensioned using the bale ring hangers and the catenary cables