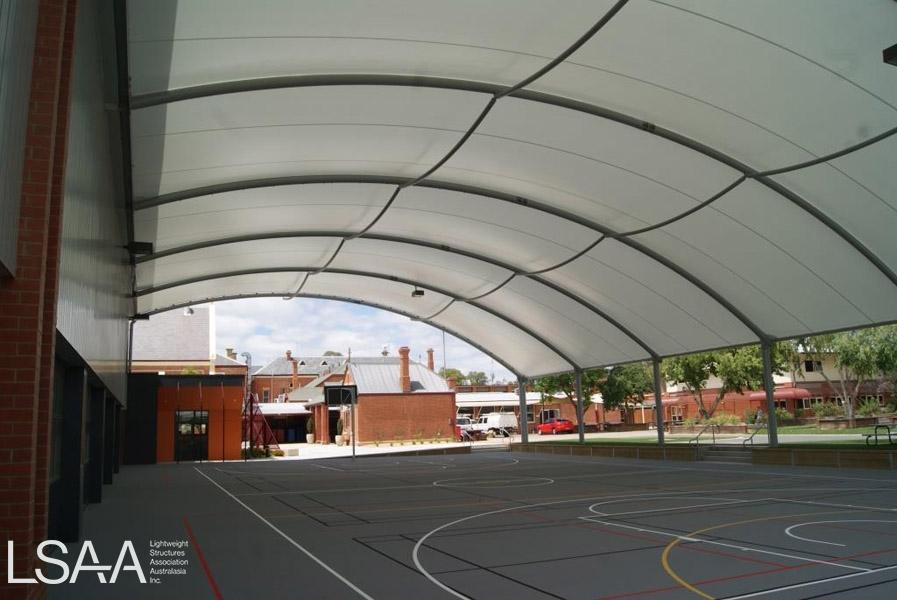 As part of a new gymnasium and music centre it was proposed to extend a covered outdoor area over the new netball court that adjoins the building with a 38m x 22m PVC barrel arch roof structure attached to new steel framed gymnasium. 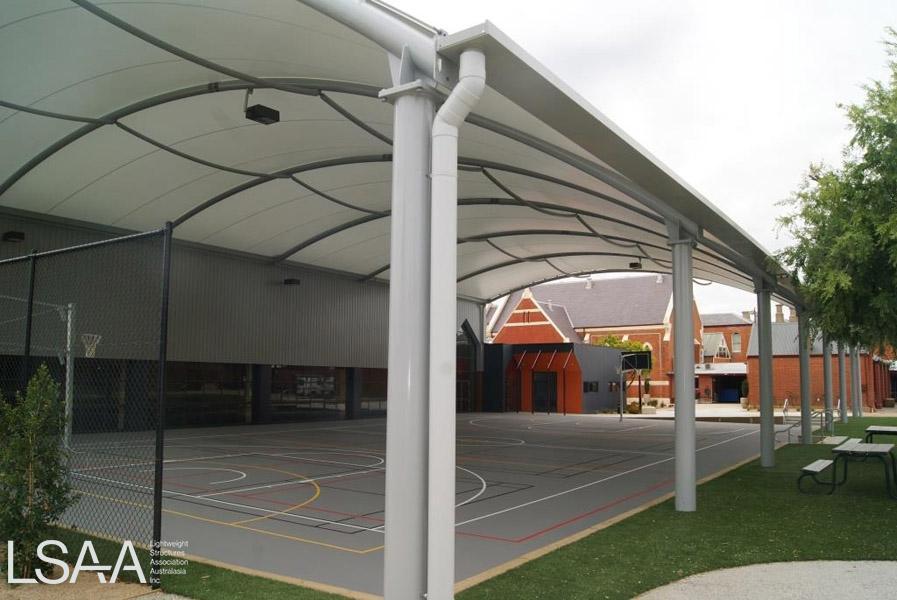 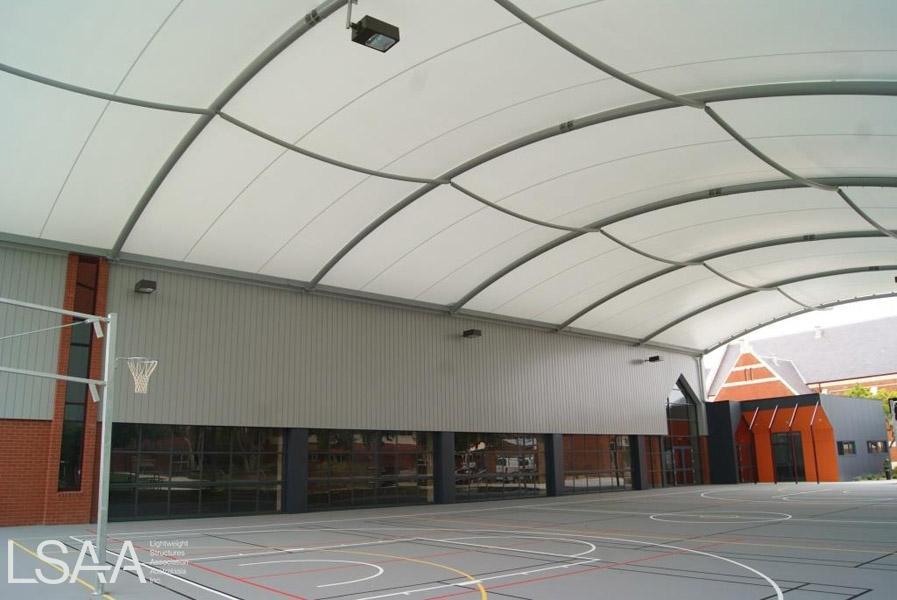 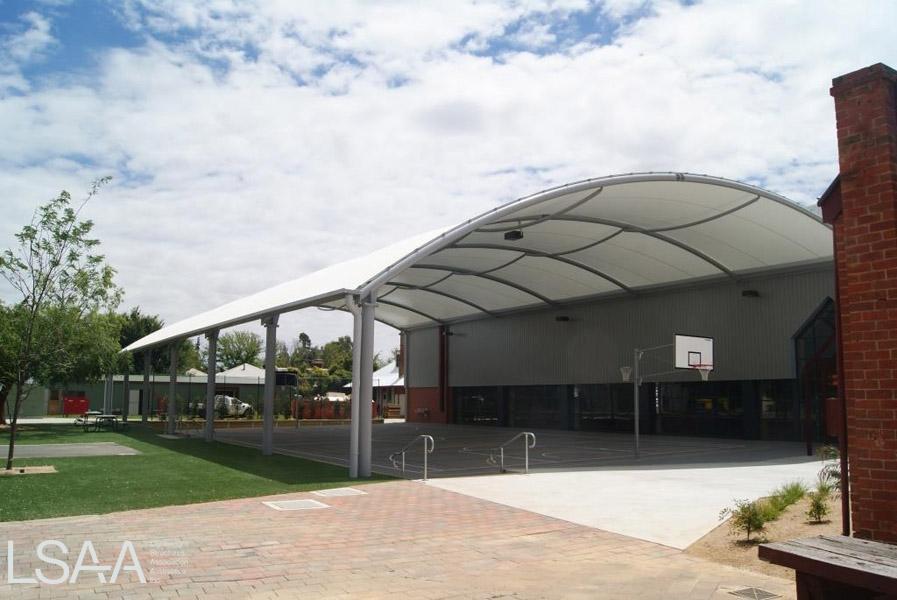 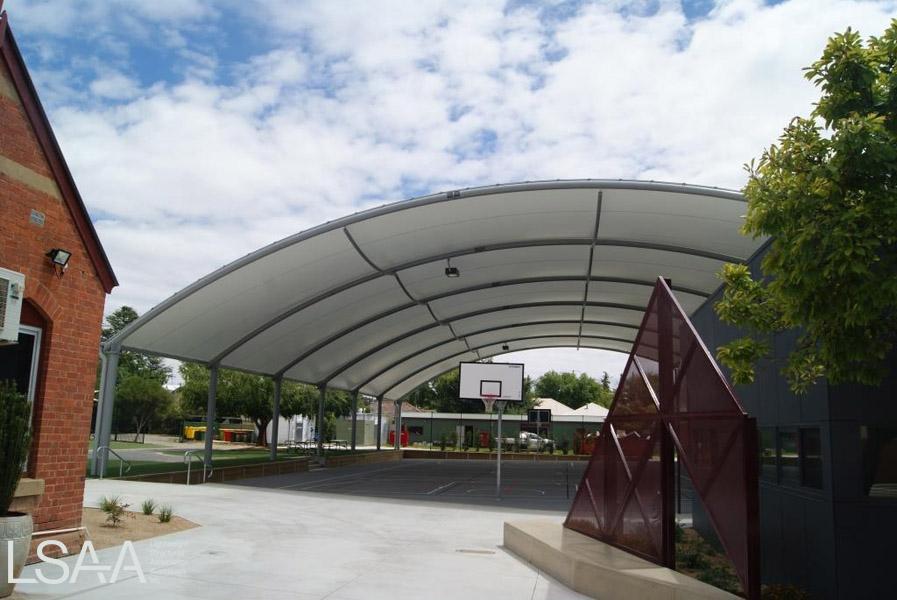 The architect wanted to create a large light filled covered area adjoining the gymnasium building so that large glass doors could be opened to form a large function area. The structure was also required to cover the new netball court that was constructed next to the gymnasium.

Reaction loads were supplied for the proposed building connections and following verification, brackets were designed to support the gutter beam / arch connections at a height of 7.5 metres above the finished surface.

The cantilever arch beams were supported on CHS columns that are bolted to bored pier footings. The columns are braced by a large PFC gutter beam that runs along the bottom edge of the structure with down pipe outlets at each end.

The steelwork consisted of CHS sections for the arch beams and columns and PFC sections used for structural gutter beams along both sides.

The membrane was tensioned on all four sides using aluminium sail track extrusions.

Serge Ferrari 802S-White fabric was the selected for its translucency level and strength characteristics to suit the large fabric area.

The steelwork was finished with a hot dipped galvanized coating and a two pack luxathane paint coating.

Due to the building connection on one side the bracket connections had to be designed to allow for the building cladding istallation and a flashing into the gutter beam.

The building brackets were bolted to the columns and then the arch beams were craned into position between the building and the columns.

The membrane was lifted into place and tensioned back to the sail track extrusions.