In terms of our LSAA Design Awards, a Medium sized Fabric Structure, or tensioned membrane structure) would have a surface area of between 250 and 1000 sqm.

Fabric or membrane structures of this size are often of one geometric form such as a conical structure with a central bale ring attached to a mast or tied down. The perimeter could be a series of edge cables, trusses or beams. If multiple units are used they the final structure may fall into the "large" category. 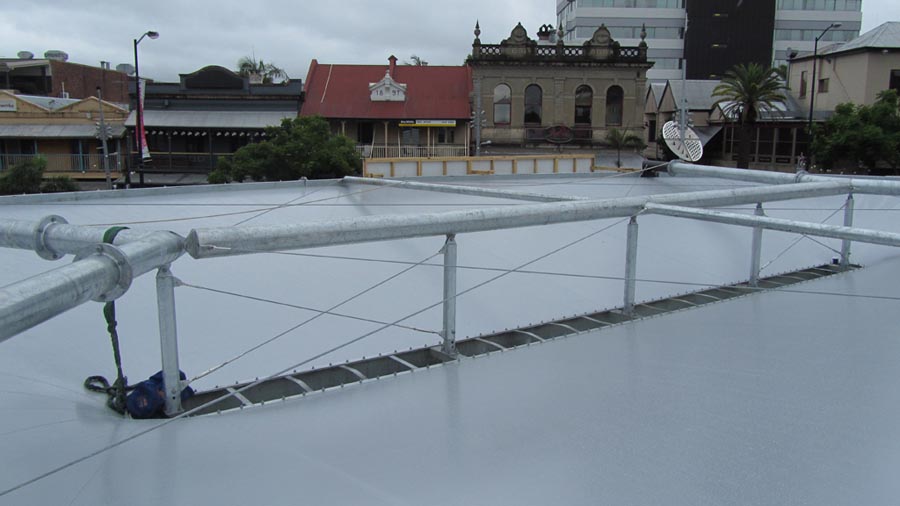 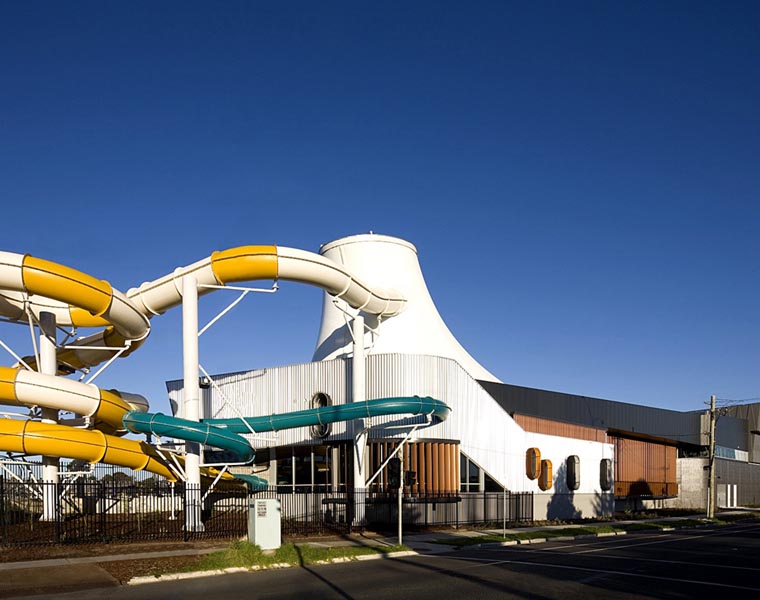 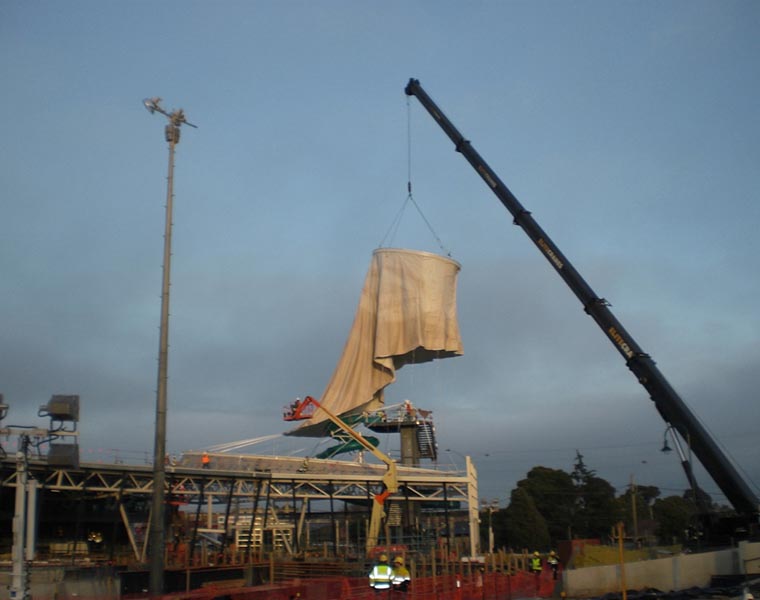 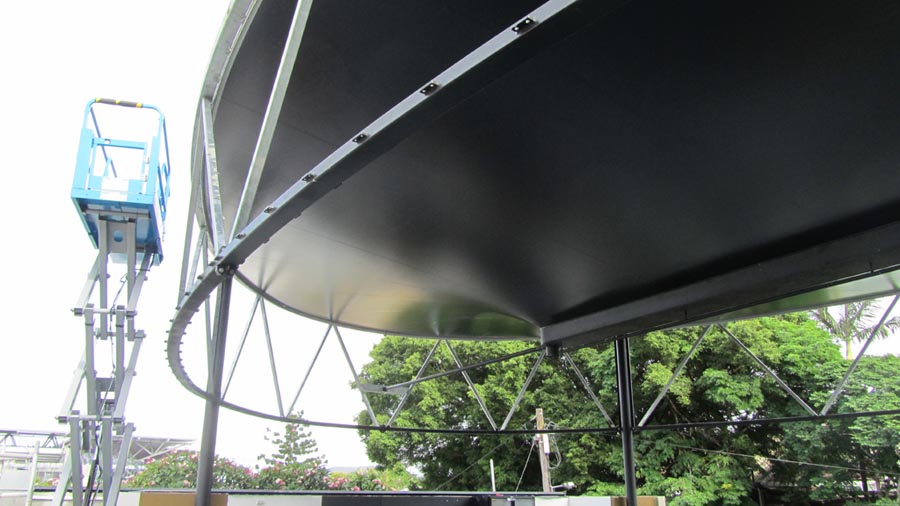 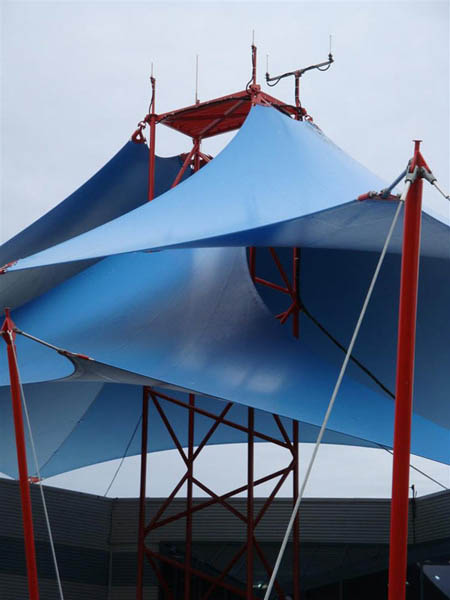 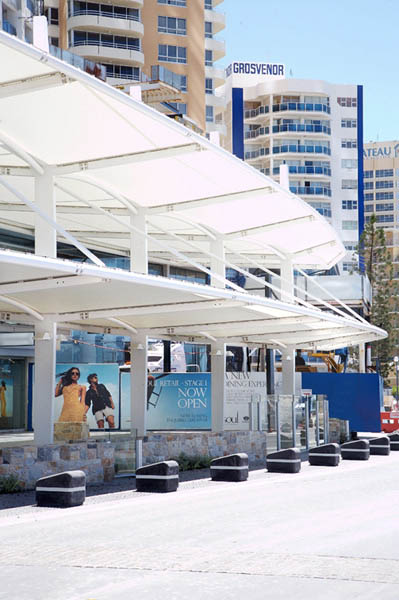 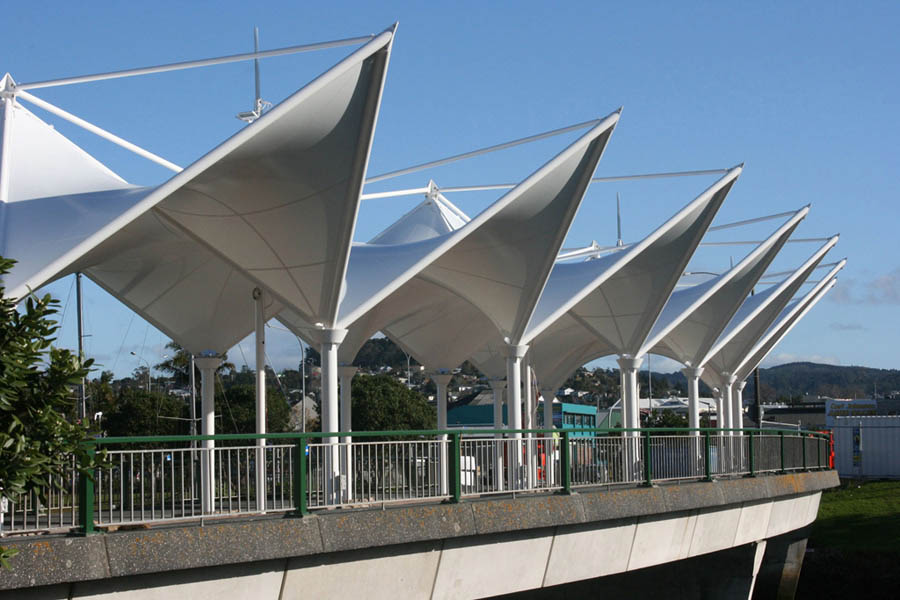 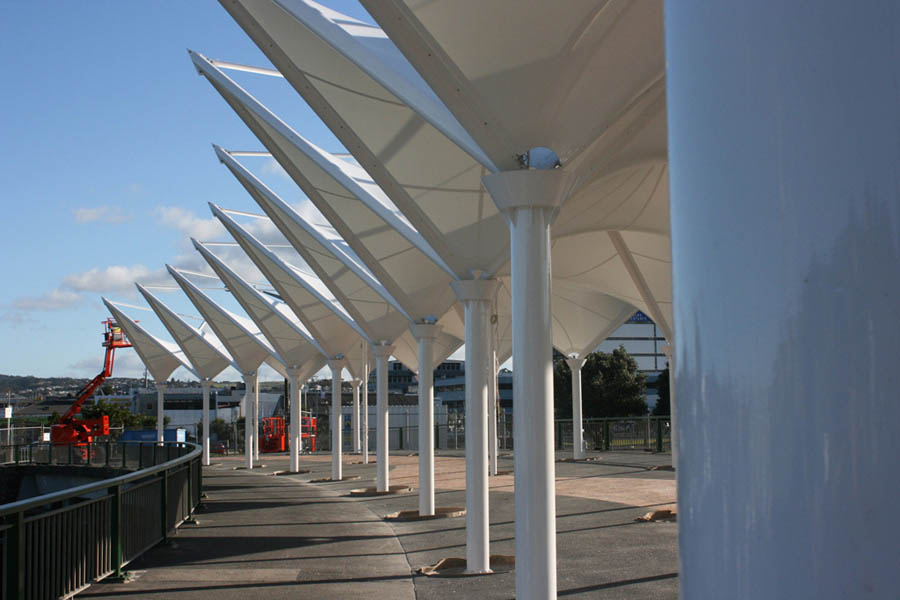 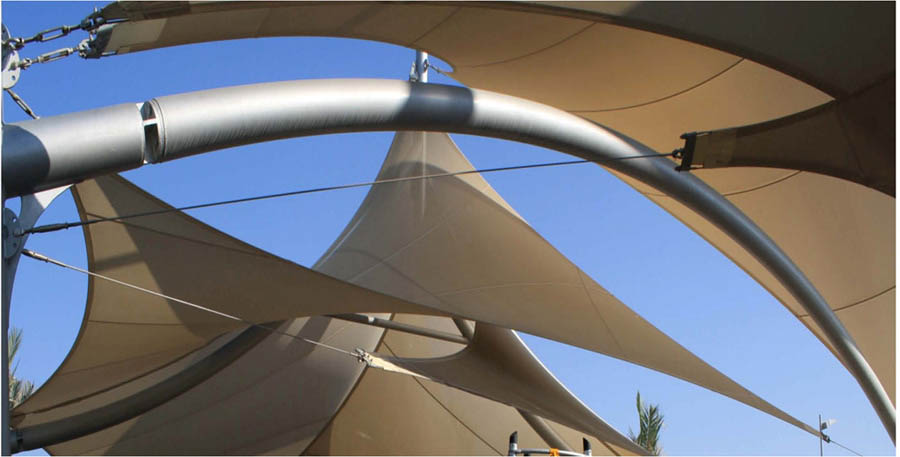 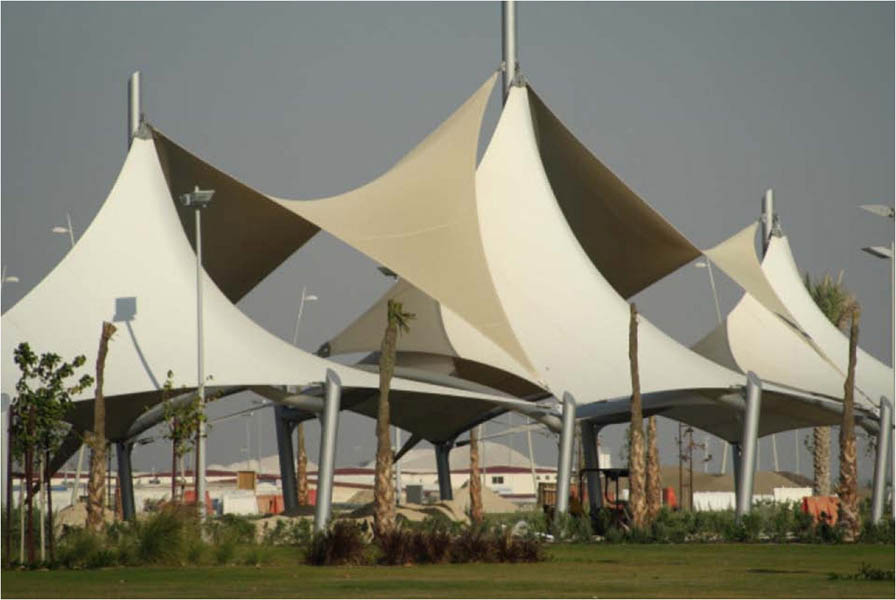 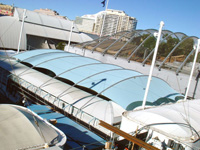 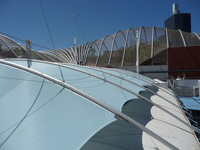 As part of a major revitalisation and landscaping project for the Whangarei  City Town Basin, the local council approached FSS to design a permanent canopy structure for the recently closed John Street bridge.

The John Street Bridge was one of two original road bridges connecting the Northern  and Southern shores of the upper Whangarei harbour and forms part of the City Town Basin.

Replaced and closed to vehicle traffic in 2005, but left accessible for car parking, the bridge was an under utilized public space, in a prime waterfront position.

FSS designed & built the canopy structure to reflect the nautical nature of the area, provide a covered walkway over the bridge and a weekend market canopy. The canopy also visually completes the western rim of the Town Basin. 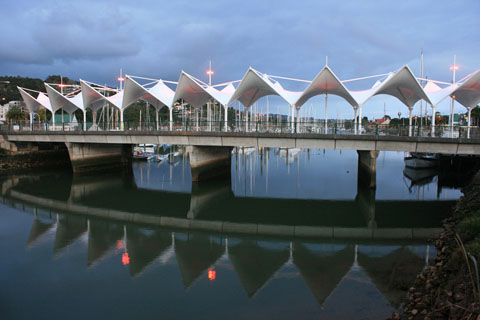 The client wanted to create an architectural centerpiece for this landscape area of YAS Island.  The client’s architects wanted to move away from the formality of the existing urban design scheme and create an eye-catching architectural feature in a natural landscape setting.  The project site was part of extensive landscaping within the YAS Island development located near Abu Dhabi in the United Arab Emirates.

This project was essentially a weather cover over a public space. During discussions with our sales team at the tendering stage it was clear that the project also had an element of environmental consideration. For this reason we developed a custom design that worked to these constraints.

The purpose according to builders was to create an inviting public recreation area. The architects specified a tensile membrane roof in order to cover the area while allowing natural light to enter the space. 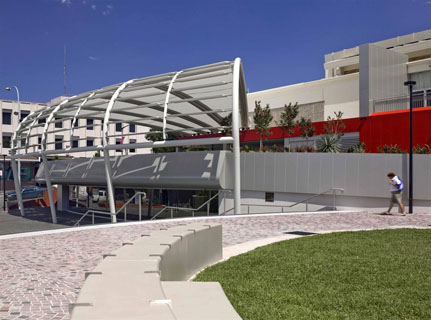