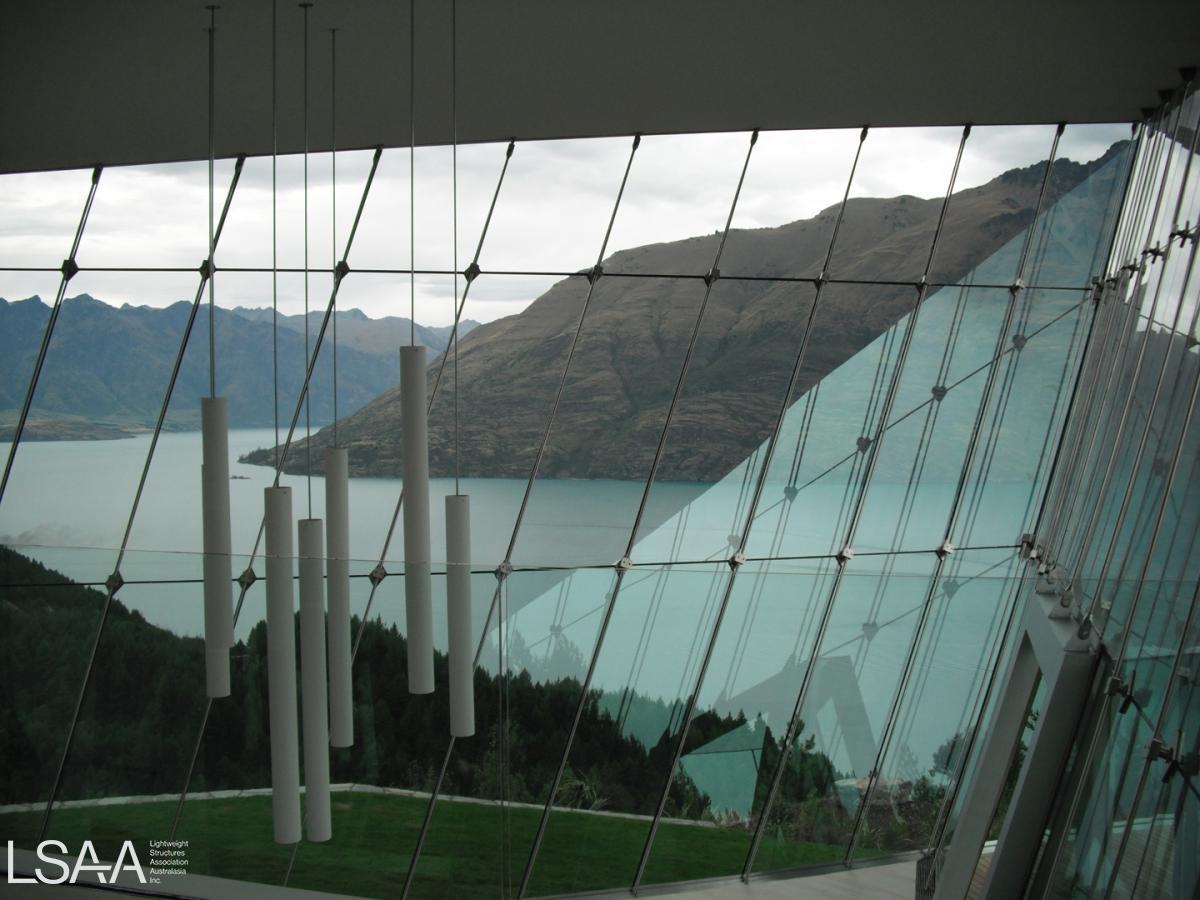 An Atypical design and Construct project involving a house for a confidential client. The design was prepared and presented as a “Design+Construct” package that was purchased as a package by the Client. The Builders Team had prepared preliminary documentation based on advice from specialist consultants and Architects. The design was then proposed for sale to the market as a complete delivery vehicle.

The project is a residential building built on the side of hill with an impressive vantage point. The main goal of the design is to maximise transparency to optimise the view. 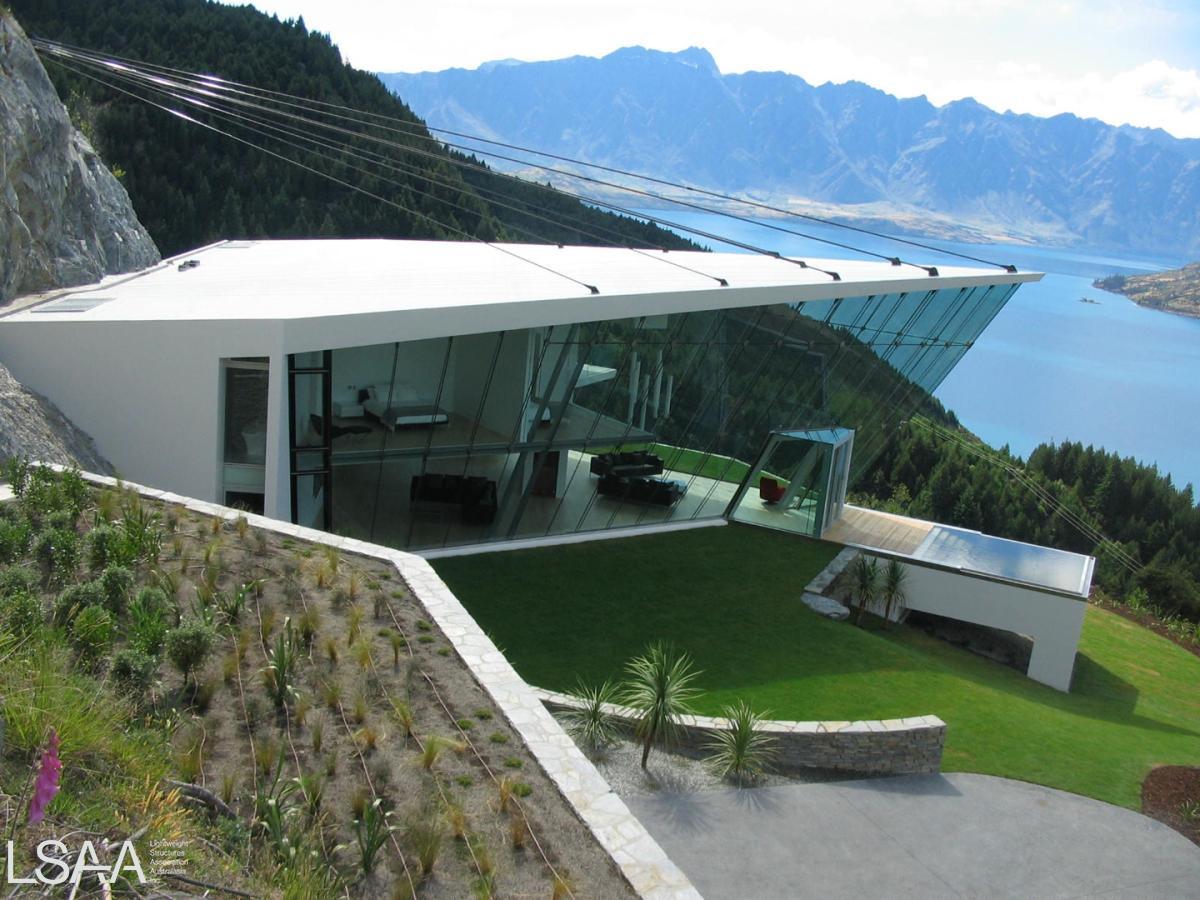 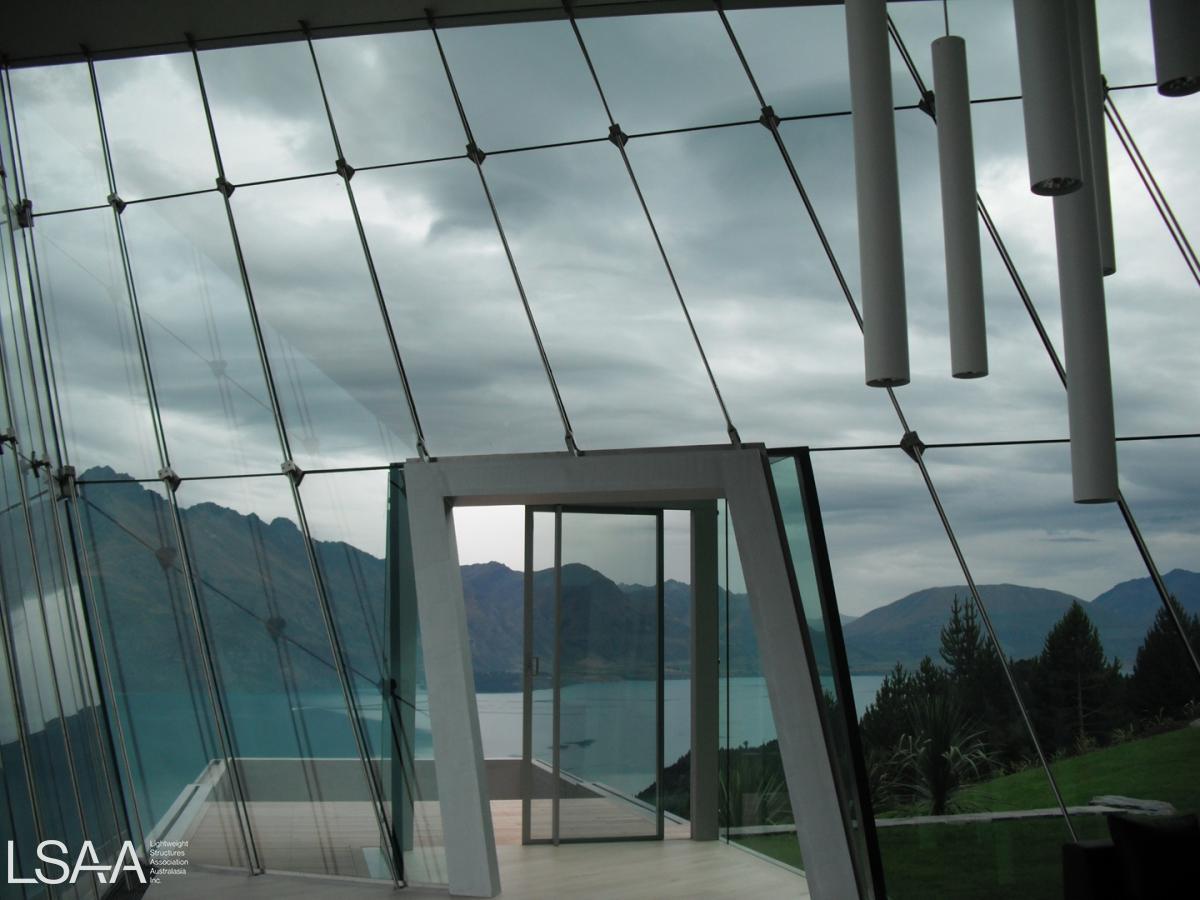 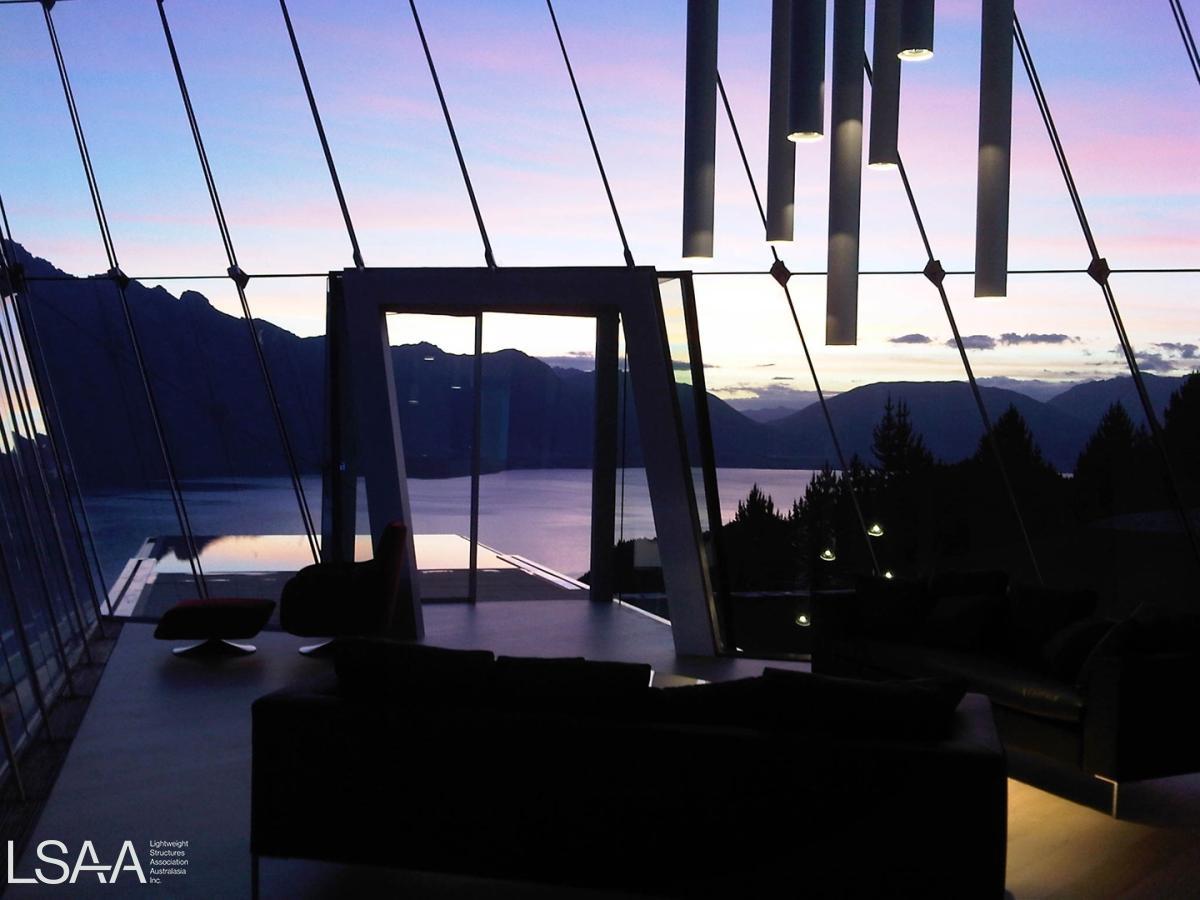 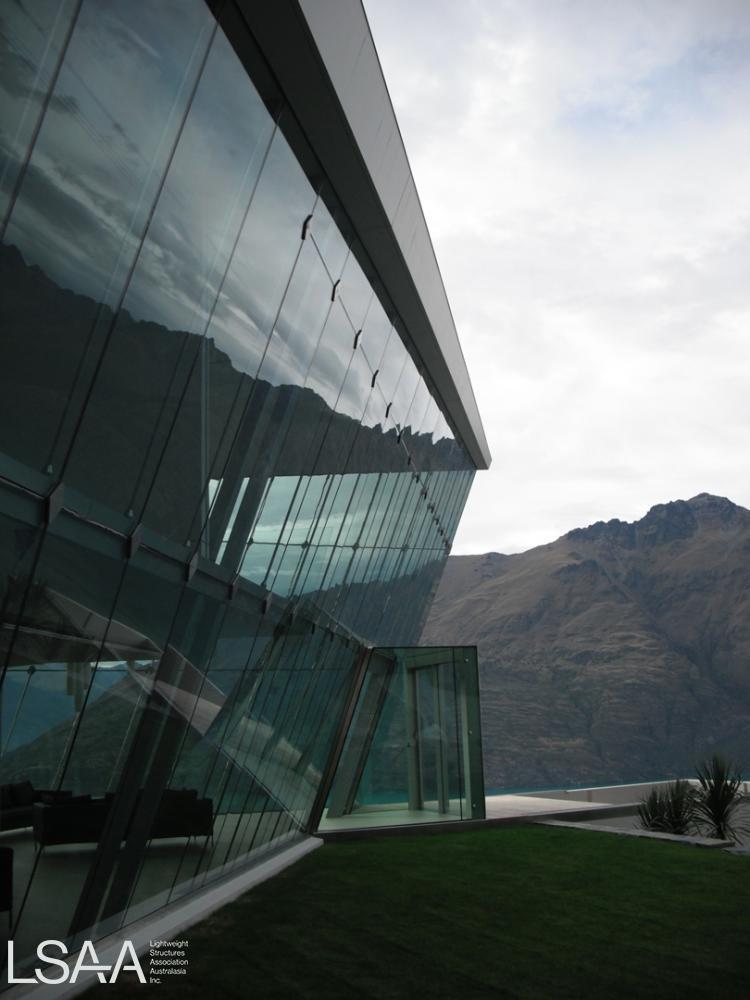 The bedrock of the mountain is used for the foundation of the roof which is suspended projecting towards the lake. The project utilises tension cables and clamps to support the glass façade panels.

The principle design of the structure included that the roof be suspended back to the bedrock and held down by the façade rods which also provide support to the glazing. The flexible and dampened nature of the support structure provides a natural structural integrity which assists with design for seismic forces and resistance to wind forces.

The design intent commenced from simplified sketches which the design team used to form their concepts and provide developed solutions. The first parameter discussed was the angle of the support rods to the roof. Shallow angles become very difficult to control and require significant forces for stability. Small increases in angle provide significant reduction in force with significant increases in stiffness obtained.

The Location of the supporting cables do not align exactly with all of the locations of the façade rods, this requires that the roof structure properties effect the distribution of forces throughout the cable elements.

The pre-tensioning of the rods designed to allow for temperature variations, snow load, live load, and concrete creep, in order to maintain the rods in tension.

Each stage of construction has been modeled separately. The predicted movements compared with those found on site, to allow further modeling if required.

The glass panels are laminated toughened panel 20.76mm thick, façade is silicone sealed in place. The glass is stacked to allow the geometry to remain planar.

The detailing of the hold down anchors allows the rods to be adjusted for tension should there be any need to do so. Each anchor includes an articulated universal connection at the base to allow for changes in lateral and longitudinal angles of the wall

The outline of the design brief was to create the most transparent structure and façade possible to take advantage of the spectacular view on offer at the site.

The response to this challenge was to provide a purely tension based wall system and integrate the structural support of the roof into the same system.

The structural system is a simple suspended concrete roof plate which is in turn tied down to the floor foundations with tension rods which are in turn used for the support of glass panel to act as the enclosure.

The design wind loads are resisted by the façade through catenary behavior, the tension forces in the façade rods resist this force and include additional pre-tension loads to offset, snow, live load and creep. The combined façade rod loads are then accumulated into the rods which support the roof and resisted at the bed rock beyond the building.

The façade rods forces vary but are in the order of 100kN. The total reaction at the roof anchorage point is approximately 5500 kN

A design and Construct process which was ultimately an Owner Build effort with specialist advice, following the departure of original builder and engineer.