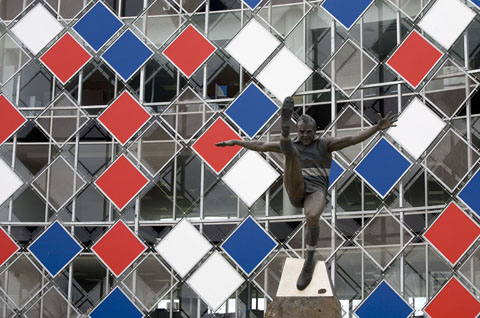 Ronstan was approached by Peddle Thorp to assist with the resolution and detailing of the façade.  Our approach was defined by our effort to maintain the architect’s intent while ensuring that the detailing contributed positively to the erection of the panels and the design as a whole. The first rationalisation was the grid size. This was modified to a dimension that allowed for a continuous detail around the boarder fixings and the panels to realize a dramatic cost saving in erection time by eliminating one off details. The ACS1-SSM08 cable was determined to be the most appropriate minimising the visual bulk of the fittings. Cable cross clamps and cable offsets were custom made to suit the façade.

With a thorough understanding of the façade Ronstan proved the logical choice when it came to installation of the project and we were engaged by Salta Constructions to do so. Our scope involved the manufacture, supply and installation of the cable net, the suspended panels, and their associated parts.

The final product is a façade that proudly displays its team colours. The “lightness” that could only be achieved with a cable structure creates a signboard for the community like no other, while responding to the environmental issues through the provision of a passive solar control element. 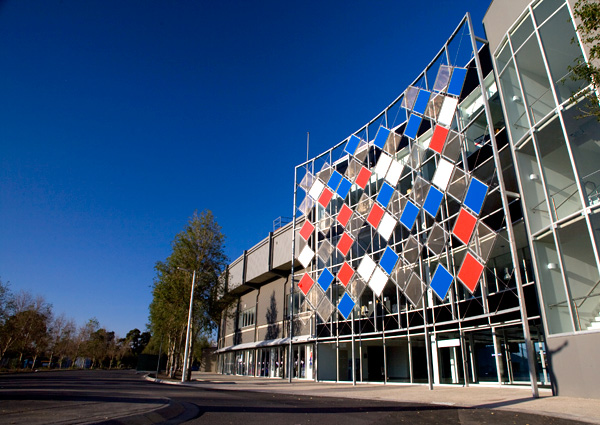 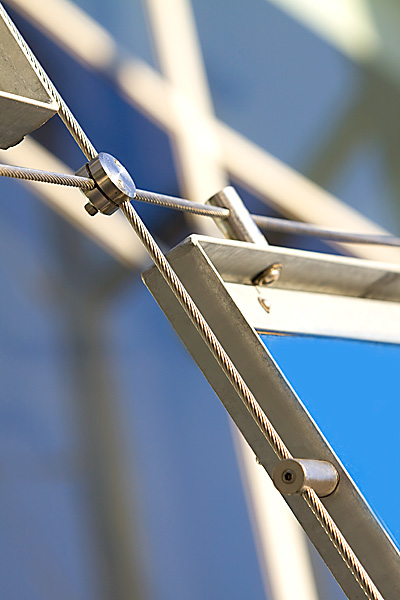