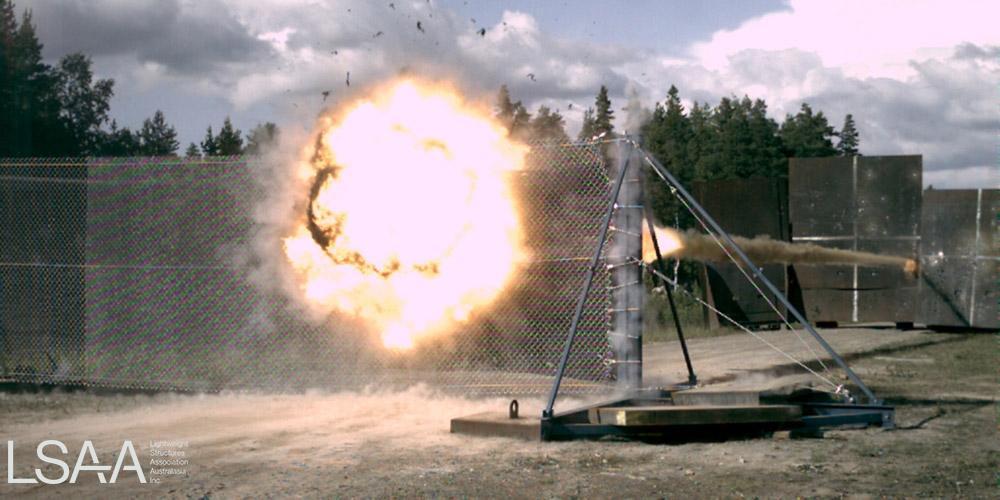 Modern high speed mechanized arrnies are very hard to hit and are able to resist most low tech weapons of the gorilla armies but the minute they stop surprise attacks on static troops and vehicle produces high casualties. A deployable defensive screen evolved out of the need to protect stationary command posts and high value soft targets from sneak attacks. 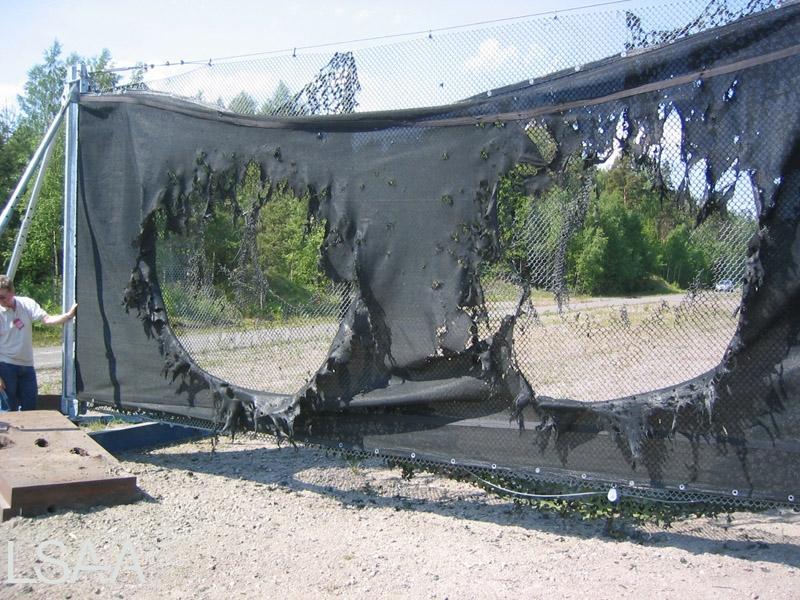 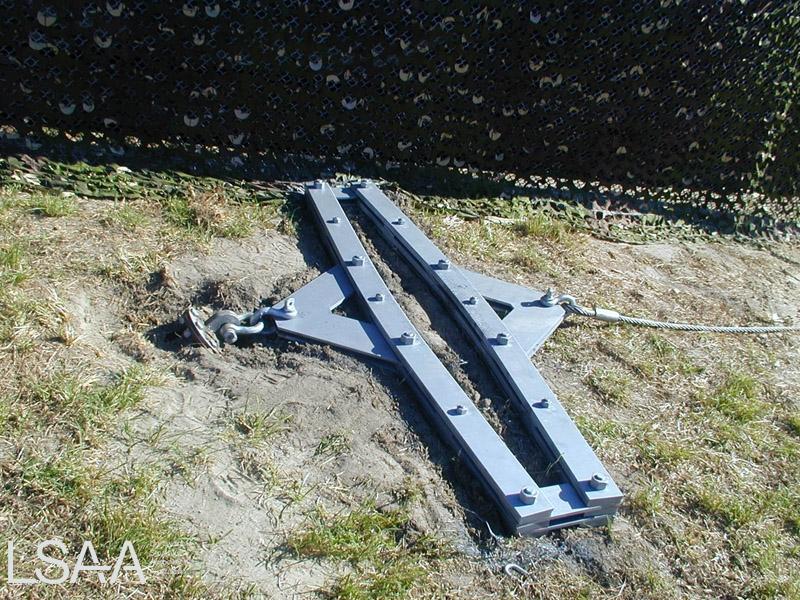 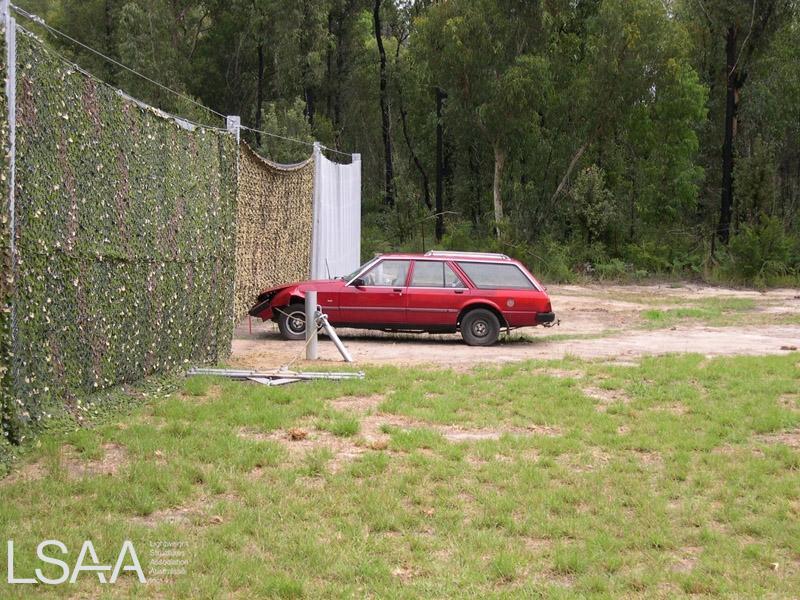 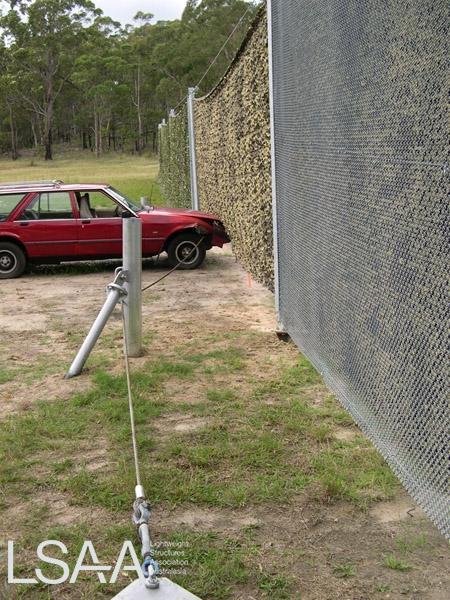 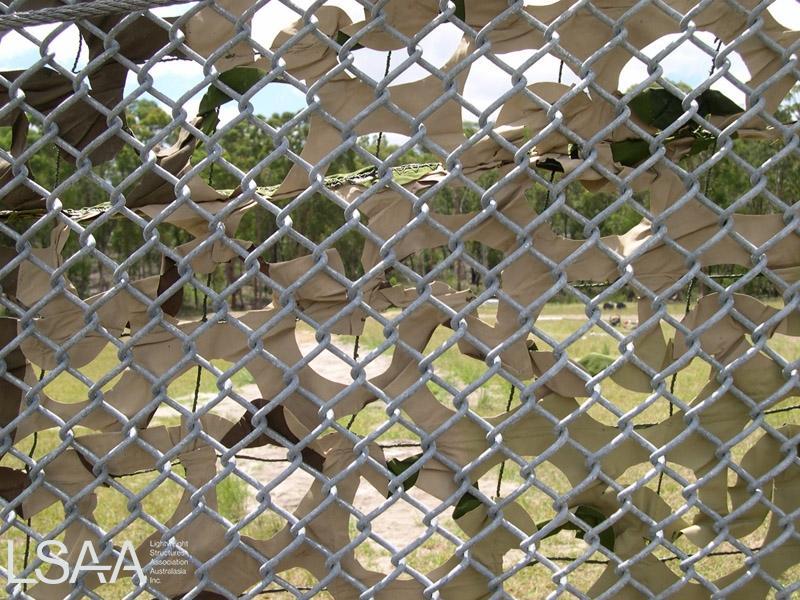 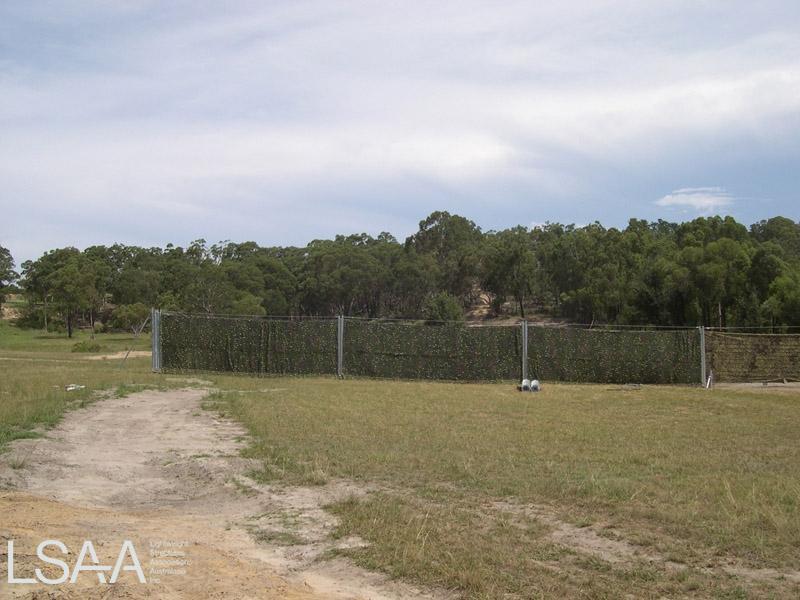 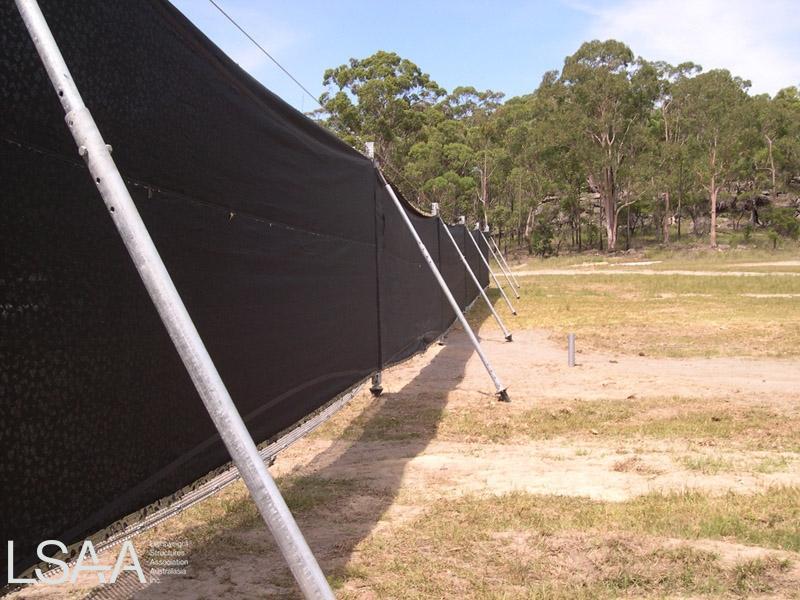 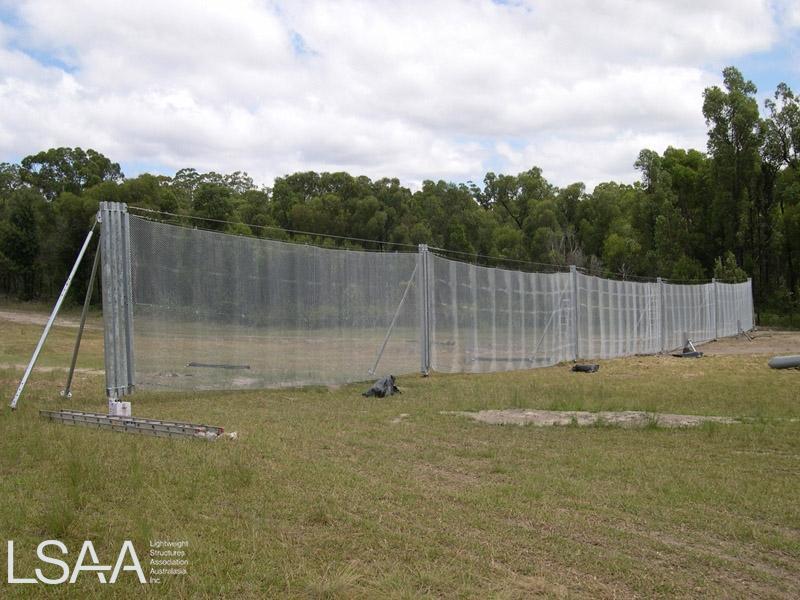 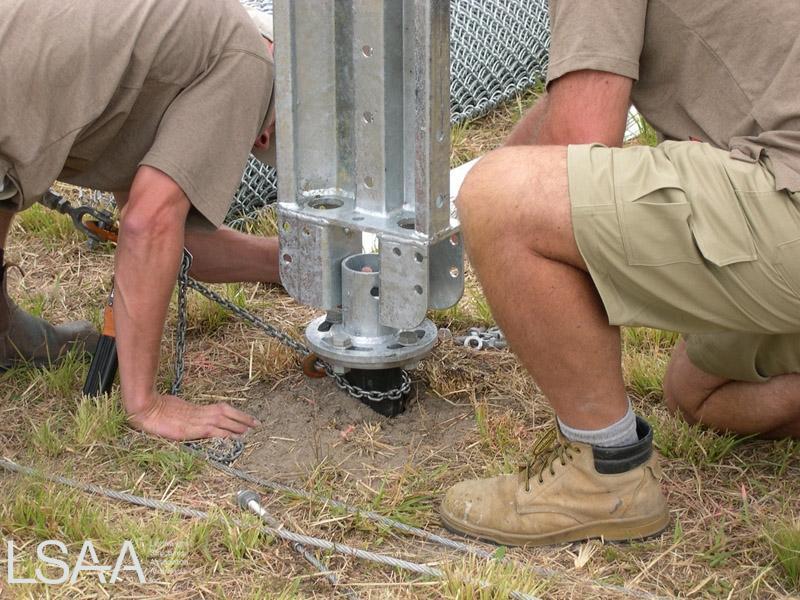 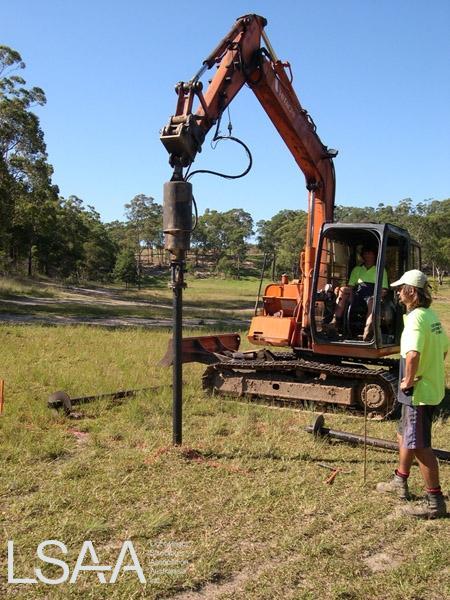 It is hard to imagine that a 4mm woven mesh tensioned will defeat the most sophisticated hand held weapon systems (RPGs) combine it with tension fabric counter observation screens, a protective shield of two 20mm cables it will stop a suicide bomber driving a 3.5 tonnes vehicle at 60 km/Hr, resist large blast pressures and can be quickly deployed anywhere in the world.

Alfresco Shade became involved in a product called Shade Cam the application of high spec camouflage systems supported by monofilament shade cloth to build camouflage structures for the military. From this work there was a request from the RAAF to develop a deployable fence system for Bases in the Northern Territory. We had started the development using our deployable pool fence design where we had used tensioned 10m panels to protect highly exposed outdoor Olympic council pools in the Wollongong area.

The development of the Counter Observation Barricade Screening (COBS) post was patented by Alfresco Shade in 2005 and became the main structural element in ,the COBS.

SAAB contracted Alfresco Shade to further develop the system in 200617 to resist the terrorist treat by developing the CT mesh screens to block RPG rockets and the cable Shield system to protect against suicide bomb attacks. Very positive engineering results from Hughes Trumann supported or initial prototype designs were approved by SAAB for full scale testing. SAAB tested various screen options to evaluate the stopping power of the screens against rocket attack. The final screen design was then designed into COBS CT.

Alfresco Shade was then contracted to build and test a series of full workivg prototypes that could be used to test engineering theories and model behavior against a real attach. As well as analyses the suitability of each component and the performance of the various components under impact load.

The barrier cable tests were so successful that further tests were done using heavier vehicles and a completely separate support system. Patents were taken out by SAAB in 2006 over the cable barrier design called Shield.
Further live demonstrations in Europe using the latest Soviet and European tank busting RPG systems have conclusively proved the systems performance.

Steel screw foundation was the choice of rapid field deployment. The junction, support and flexibility of the system is built into a lightweight steel post that allows the shade cam screens and the CT screens to be fixed to the post and tensioned in 10m panels.

The base of the column is a pin joint so the post and telescoping brace are assembled on the ground and lifted onto the steel foundations. The Shadecam panels are fixed at the rear of the panel and the CT steel mesh screens are on the front. Cables are used to hold the longitudinal spacing and a panel can be put in and removed without affecting the adjacent panel.

By pillling a pin in the telescoping strut the system can be dropped instantly in the event of cyclonic weather with wind speeds above 120Km/Hr.

The use of twin cable barriers that we could absorb the energy of 3.5 tonnes charging at 60 klHr at 90 degrees to a 20mm cable without snapping it created a patented energy absorber that can be buried and reused.

Deployment of 300 / 500m per day by a trained crew is possible, using a removable foundation system everything is salvageable reusable and stackable to palletized for minimum storage and rapid deployment.

Engineering models were created to size sections and analyze critical joints but it was in the physical testing that some of the real features of the system were proved.

Steel screw piles are instant to use and will pack and travel very well and are removable.

The use of special woven cyclone mesh allows us to use it like fabric, It stretches and in the field we can adjust the panel and even join the panel if required.

Cables and hardware are all galvanized with one end swaged and one end clamped so they can be adjusted in the field if required.

The unusual aspect of this project was to build in assembly tolerance to allow for contour uneven spacing foundation levels and yet make in quick and simple to assemble with the minimum of tools.

And many more improvements will come when volume supports the cost of tooling to mass produce components.

Construction methods for this system is a simple materials handling and sequencing issue. The use of hydraulic boring heads and tele-handlers on site are common in today's mechanized Army. In flat country with sand or soil the rate of 300-500m per day is possible using two crews one piling the other installing.

The system if hot dipped galvanized will have a field life of at least 10 years + Repair by replacement of damaged sections are a feature of the design.

Currently the Australian, American and NATO armies are evaluating its performance. As well as current operators of oilfields embassies and other valuable infrastructure that needs protection.