In this concept there is the outer rim, or compression ring supported at regular intervals around the circular or near circular grandstand.

Radial elements span into a central hub - like the spokes of a wheel joining onto the axle hub. Schlaich Bergermann Partner are considered pioneers in using this concept - such as for the stadium in Kuala Lumpur. 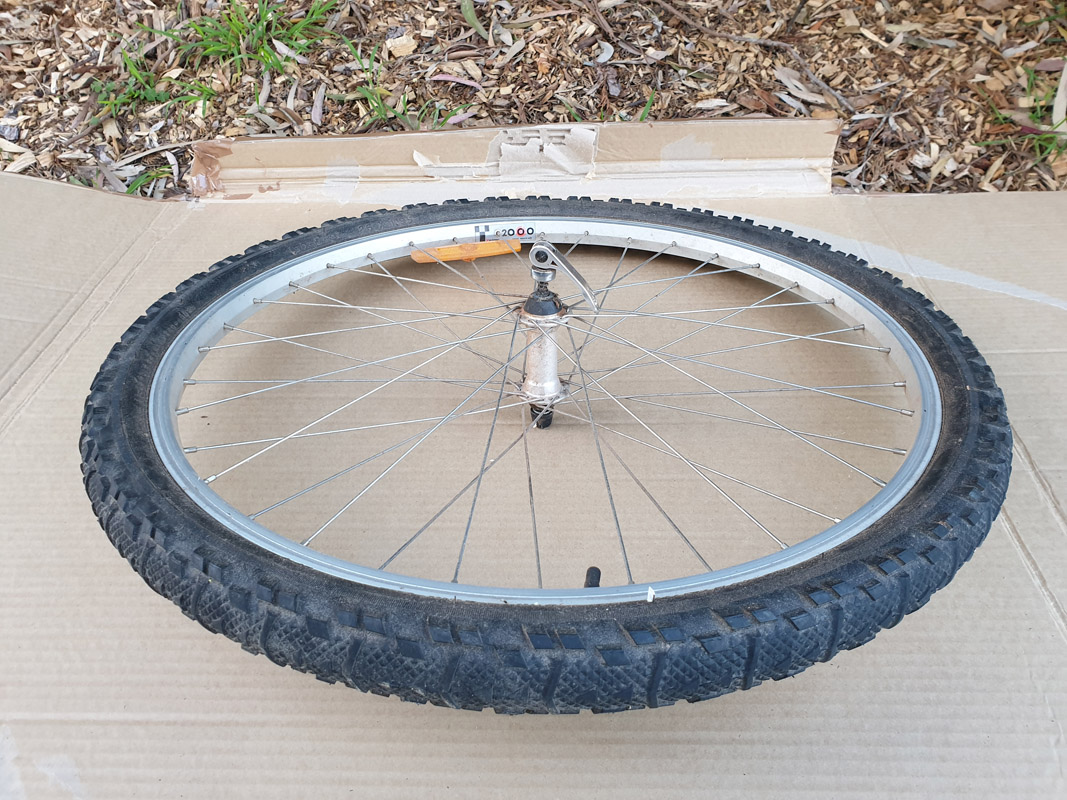 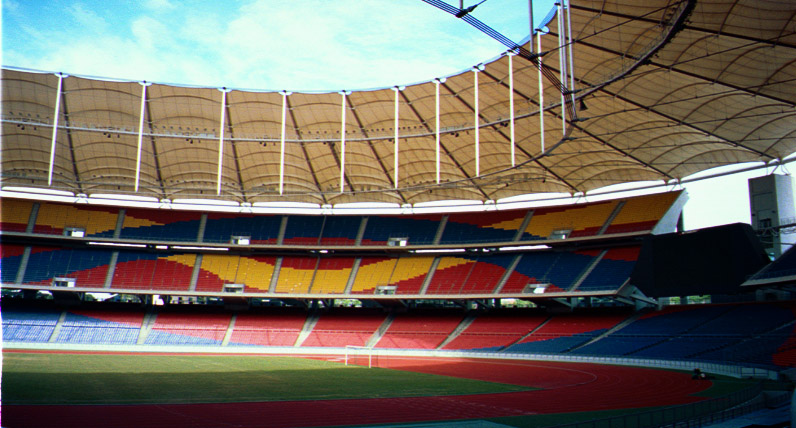 To repeat, in this concept there is the outer rim, or compression ring supported at regular intervals around the circular or near circular grandstand and radial elements span into a central hub - like the spokes of a wheel joining onto the axle hub. 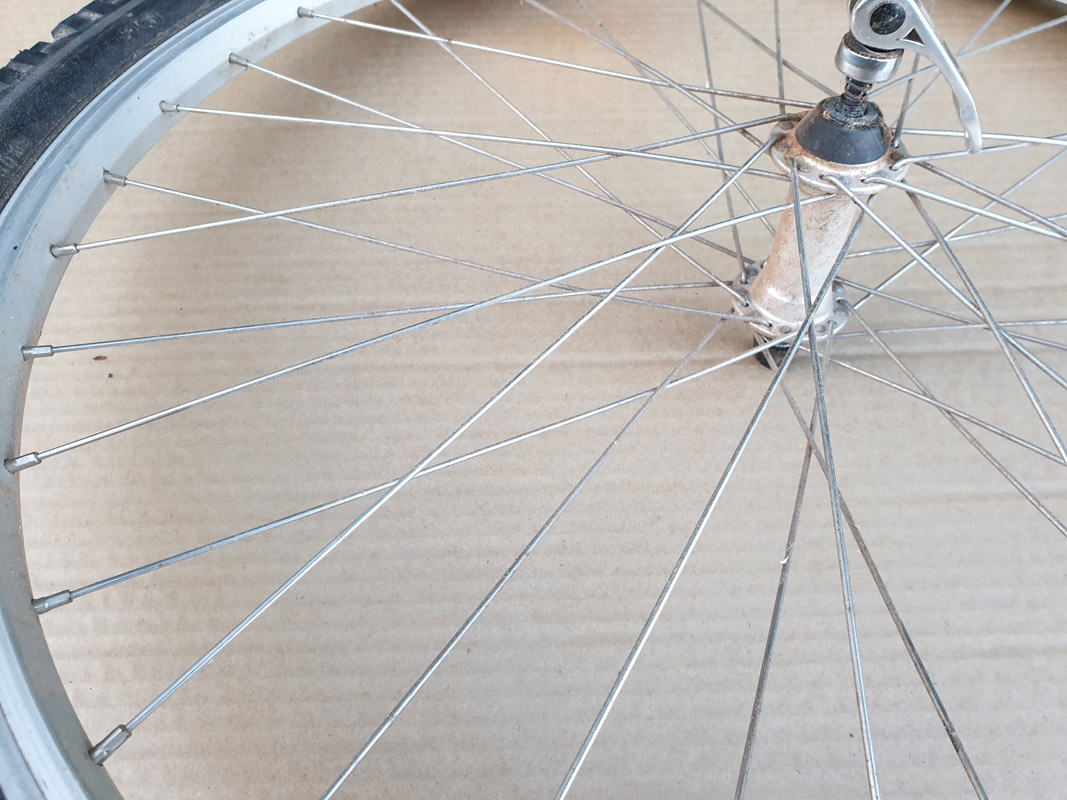 In this closer view of a bicycle wheel, every second spoke joins up to the top or bottom side of the axle hub. The spokes are not exactly radial but offset by an angle around the central hub. One spoke is offset in a clockwise angular direction and the next spoke going to same side of the hub is offset anticlockwise. The reason for this is to resist the torsion around the hub axle generated by either the brakes being applied, or pedal power needed to propel the bicycle forward.

For a stadium roof the bicycle wheel - laid out horizontally - will not need to resist the forces caused by the application of the brakes, nor to transmit the pedal power, nor to be able to resist the high concentrated load due to the weight of the cyclist making contact with the pavement.

So, for a stadium - such as in the 100,000 seat capacity stadium for the 1998 Commonwealth Games in Kuala Lumpur shown - the radial elements are split into an upper and lower cable starting from a common point on the outer compression ring (rim) and attaching to either end of a vertical strut representing the central expanded hub. The central hub comprises the vertical struts and a substantial tension cable rings. In an expanded form, the open part of the roof provides sunlight to the grassed areas as well as the spectators.

If tensioned fabric roof panels are used between the radial top cables then arched members are often used to provide the diuble curvature to the fabric and a shape which provides drainage of water without ponding. The fabric roof generally does not extend over the central area but should extend beyond the vertical projection of the seating plan.

The vertical height of the central hub enables both upward and downward loads on the roof to be resisted. In the majority of cases these loads are from wind but snow loads may be applicable in some regions.

My bicyle wheel was supported on two work horses and a car battery was used to simulate the loads. 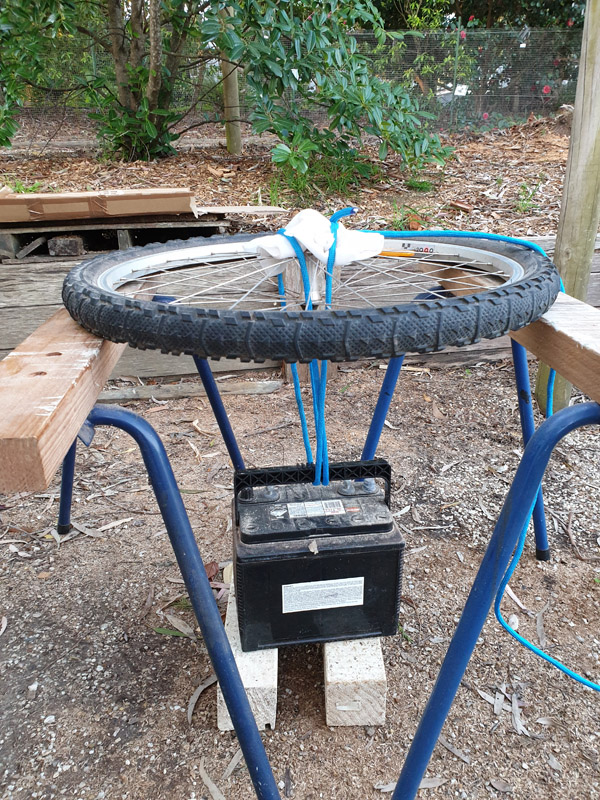 In the above photo, I used some timbers to position the battery above ground whilst I attached the rope around the hub. I then removed the timbers and noted that the bicycle wheel had no trouble in carrying the weight of the battery. 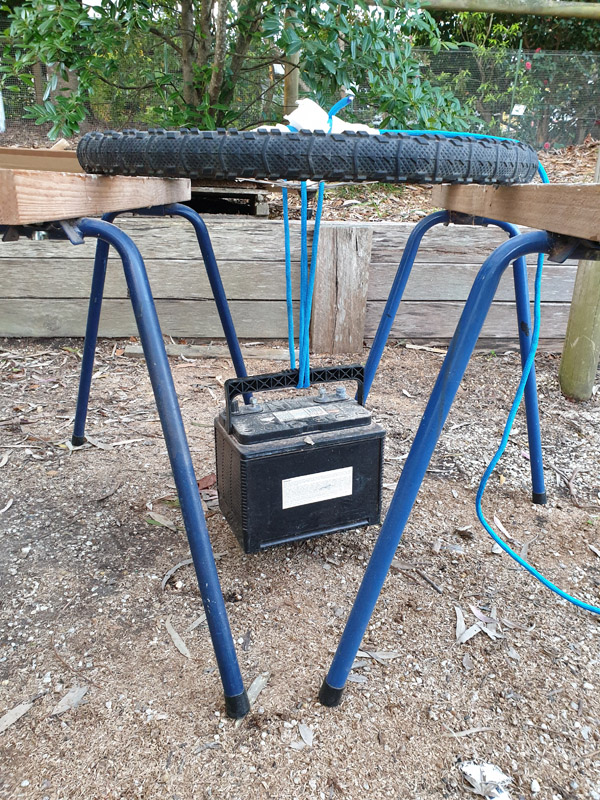 In the case of the KL stadium roof, the outer compression ring was a single segmented tubular member supported at regular intervals around the perimeter of the stadium. Allowances should be made in these supports for the effects of thermal expansion and contraction. 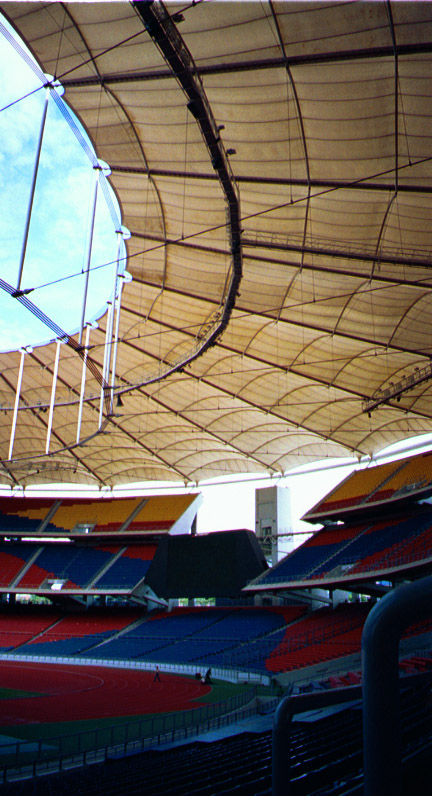 In other stadium roofs, it is also feasible to have the central hub as a near planar tension ring which is stabilized against excessive vertical deflections by the radial cable pairs going to a split outer compression ring. It would be necessary to brace the two outer rims to each other. This is the case for the Mercedes Benz Arena in Stuttgart below (photo from SBP website, Manfred Storck) 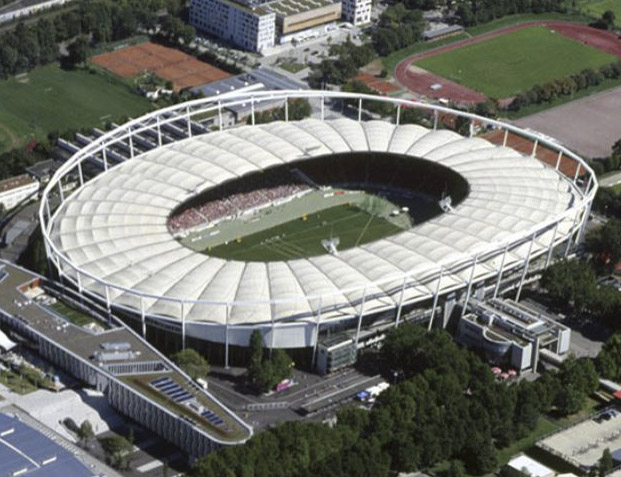 Like Mercedes Benz the KL stadium is not circular since it caters for the standard athletic running track but the bicycle wheel concept is very well suited to a more elliptical form. Many other stadiums need to cater for rectangular playing fields such as rugby and soccer.

The use of the complete bicycle wheel concept is difficult for stadiums that are not roofed or built completely in the same stage. In Australia, examples are the Gabba and the MCG both built with partial roofs that were extended years later. In these cases the radial elements may need to be in the form of trusses or externally cable supported members.